The Truth About Davos, AI, and Firing All the Humans

This article ran last week, and it made my ICYMI list Sunday, but you really, really need to see this.

Kevin Roos went to Davos for the New York Times to see what the masters of the universe are up to, and his most striking discoveries was "The Hidden Automation Agenda of the Davos Elite."

The short version is simple. In public, they are going to talk about how much Artificial Intelligence will improve the workplace. In private, they talk about how AI will let them slash the human workforce to the bone. From the article:

All over the world, executives are spending billions of dollars to transform their businesses into lean, digitized, highly automated operations. They crave the fat profit margins automation can deliver, and they see A.I. as a golden ticket to savings, perhaps by letting them whittle departments with thousands of workers down to just a few dozen.

“People are looking to achieve very big numbers,” said Mohit Joshi, the president of Infosys, a technology and consulting firm that helps other businesses automate their operations. “Earlier they had incremental, 5 to 10 percent goals in reducing their work force. Now they’re saying, ‘Why can’t we do it with 1 percent of the people we have?’” 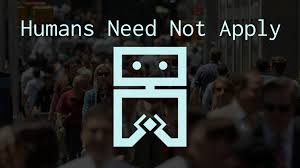 Is there any reason to think the advent of AI in education is different? Of course not-- education is a field where the single greatest expense is personnel. If your goal is to bust free some of that sweet sweet public education money, getting rid of live, trained teachers and replace them with a couple of cheap mentors.

Look at it this way. Since the beginning of the modern ed reform era, the dream has been to cut staff costs.

We were going to "teacher proof" classrooms with instruction in a box, complete with scripts, so that anybody could do it. We were going to staff schools with Teach for America temps who would never stay long enough to make more than starting salary or earn a pension. We were going to identify the super-teachers and give them classes of hundreds of students (after we fired everyone else). We were going to implement merit pay, meaning we'd lower the base pay into the base ment and give "bonuses" whenever we felt like it. We were going to get rid of tenure and FILO so that we could fire people who were too expensive. We were going to redefine success as high test scores keyed to a list of simplified standards so that no special expertise was needed to achieve success. We would break the teacher unions and strip them of negotiating power.

We tried all of these things to a greater or lesser success, and in theory and practice, they all have one thing in common-- they allow management to spend less money on trained professional teachers (which means that money can go elsewhere). They have tried to do to trained educators what McDonalds did to trained chefs.

Of course, notes Roos, corporate titans know that rubbing their hands and chortling about all the meat widgets they're going to fire is bad form. So, he says, they've come up with some less scary language. Raise your hand if you've heard this one:

Workers aren’t being replaced by machines, they’re being “released” from onerous, repetitive tasks.

Yup. Classroom AI will liberate teachers, freeing them fro boring clerical tasks so that they work on creative things. Like, say, freshening up their resumes.

Roos says to pay attention to Asia, where the executives pursuing this track are not shy about saying what they are really doing. True enough-- Squirrel Learning brags proudly about how its AI has taken over 70% of the teaching!

Is there any kind of conscience, humanity, or concern for fellow citizens holding back this tide?

“That’s the great dichotomy,” said Ben Pring, the director of the Center for the Future of Work at Cognizant, a technology services firm. “On one hand,” he said, profit-minded executives “absolutely want to automate as much as they can.”

“On the other hand,” he added, “they’re facing a backlash in civic society.”

So that's a no. Corporations pay attention to the optics and the backlash, but those are practical considerations, not moral or ethical ones. The corporate folks talk about how they have no choice, that they can't lose this race, that their stockholders demand profits right now, and firing humans gets those results. Nobody appears to be looking down the road at the human or societal cost, even as are starting to muse that the end of the middle class and stagnant wages for the lower class seems to be bad for business.

Meanwhile, I'm not sure that enough people understand which way this wind is blowing. Certainly some politicians find it useful to blame employment and economic issues on immigrants rather than software, but I'm not sure the techno-illiterate great-grampaws in DC understand what is happening either. And when I ran a post about the Oklahoman bozo who wants to fire and decertify every teacher who ever protests, I got plenty of response saying, "I hope all the teacher walk and they fire all of them. Then what will they do?" Well, one thing they might do is call Summit Learning, hire a bunch of uncertified mentors to sit in classrooms with the students and computers, and then call it a day.

There is ultimately a weakness to this approach-- at least when it comes to education, the AI can't deliver on much of anything that it promises. It's like hiring your sister's not-very-bright child Pat to rewire your house electrical system-- you'll save a ton of money, but the job won't get done. Of course, if the AI is in schools for Those People's Children, and the children of the wealthy and powerful are safely enrolled in a good, or at least exclusive, private school, it may take a while to do anything about getting rid of bad AI education-flavored products.

It's not a pretty picture, which is why we need to pay attention. No AI company is going to come into your school district and announce "We'd like to fire a bunch of you staff and just sit all these kids in front of computers." They aren't worried about what's right, but they are worried about "backlash." If you pay attention, you can provide some, even if you aren't the kind of person who takes fancy trips to Switzerland.
Posted by Peter Greene at Monday, January 28, 2019
Email ThisBlogThis!Share to TwitterShare to FacebookShare to Pinterest