In Praise of Vagueness

This video (passed along by an administrator to staff) has some valid points, but on the whole, it represents a point of view that I think is hugely over-valued by some folks in education these day-- the view of education as a hyper-engineered all-on-the-same-page objective-dominated process. The speaker is Mike Mattos (who I sometimes find inspirational and sometimes-- well, sometimes he invokes Marzano's name like he's someone we should pay attention to) and the topic is getting "insanely specific about learning outcomes and learning objectives." I'm not a fan. 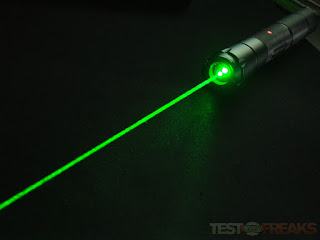 You probably know some of the hallmarks of this general approach--
* every teacher in the department or grade level must agree on exactly the same outcomes and objectives and maybe even use the same assessments
* post the objectives on the wall and drill the students in them
* translate the objectives into clear, precise language so everyone is working toward exactly the same goal
* decide what essential parts of the course every single student must master
* set an agreed-upon measure of what proficient looks like

Before I launch into my counter-point, let me acknowledge two things:

I am opposed to national or state standards. I recognize that in this I am a bit out there, and I recognize that reasonable people can believe that state and federal standards would be a good idea. I just don't agree.

However, I am not an advocate of completely unstructured wandering classrooms. You should know why you're teaching what you're teaching; you should have goals and objectives in teaching that material. So, no-- I'm not lobbying for the Classroom of Do As You Please.

Also, feel free to insert "in my opinion" in front of all the following.

The kind of laser-sharp focus advocated by some educational folks gives me the creeps.

Sitting a department down to say, "We're going to figure out how we can all teach exactly the same things for exactly the same purposes aimed at exactly the same outcomes," diminishes the professionalism of the people in the room and does not serve the education of their students.

Laser-sharp focus on a single objective is a bad idea, a stultifying limiting idea. I say this not just as an education viewpoint, but a life viewpoint. People who focus on one single objective are the people who throw away gold because they were focused, laser-like, on digging up diamonds. Yes, some of them find diamond mines, but mostly they barrel through a lot of other human beings and riches of another kind because of their laser-like focus.

To take that kind of focus into a classroom means to define a set single acceptable path to a single acceptable success, which means that some students in your classroom will inevitably be seen as disruptive non-compliant path-jumpers. If you are going to post the approved outcomes on your wall, you might as well also put up a poster of all the things that won't be valued or pursued in your classroom, and let your problem students know where they stand from day one.

It's no exaggeration to say that my life has not turned out anything like what I imagined at various points in my past, but it is also no exaggeration to say that, on the whole, if I had been free to design my life with laser-like precision, I would not have done as well as I have. The same is true for my life in the classroom. Students have surprised me; students will always surprise you. What you have to decide is whether you will treat those surprises as beautiful fire that illuminates and delights, or whether you will treat those surprises as disastrous fire that must be stomped out and extinguished.

I'm not an advocate for anarchy. To play a good jazz solo, it helps to have set known chords underneath. To teach a good unit, you need to know the territory well enough to know where the best views are for most people.

But for me, the prospect of a journey in which every step, every stop, every move is predetermined with laser-like precision is a boring, dull, soul-sucking prospect. Yes, I will set out with a direction and a purpose, but those are always subject to revision and they are always kind of, well, vague. More pudding-shaped than laser-like. And if during my career, you had dragged me into a meeting in which we were directed to develop a unified, all-on-the-same page laser-like focused set of outcomes and objectives, I would have been a pain in the ass every step of the way, and when it was done, I would have put up the poster on the inside of the cupboard door and the very first time something interesting came up in class that was not on the outcomes list, I would never have said, "Sorry, but it's Tuesday and we have to focus on reviewing the objectives for tomorrows common formative assessment."

A laser works taking all the different paths of light and forcing them into one, single, one-colored directed beam. But of course that's not how light usually works. Usually it bends and bounces and spreads and warps and filters in a million different ways and directions, giving us colors, shading, and everything pleasing to the eye. Sure, the laser has some useful functions in the world. But it is not how the world works. You keep your laser-like focus. I will continue to stay vague.
Posted by Peter Greene at Monday, June 11, 2018