The twins are one year old today.

That's not unexpected. I have two older children; I remember vividly that they age on a fairly regular schedule. But twins have provided other unexpected excitement. 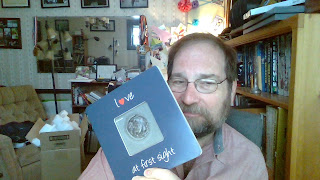 The twins are IVF babies. It's a process that involves many needles and many very unsexy activities. Here's a picture of them when they were just an embryo. One single embryo. The process has advanced over the years, and our doctors felt that it was only necessary to introduce a single embryo to my wife's Baby Nurturing Environment. Somewhere at the six-to-eight week mark, we had our appointment to see if the implantation was successful (absolutely nothing about the IVF procedure sounds romantic). The technician looked at the image of my wife's innards and said, "Well we don't see that very often."

That's when we knew we were having twins.

I bring this up to make a point. The twins are identical-- absolutely, biologically, right down to their origins as a single fertilized egg identical. 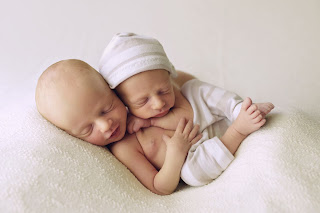 And yet, here they are. Baby B was a bit larger in utero, and he is still a bit larger today. Baby A was knocked into a hospital stay by RSV, but Baby B seemed to withstand it a bit better. Baby B likes ice cream more than Baby A does, but Baby A has some vegetable preferences that Baby B does not share. They have hit their developmental marks, but almost never at the same time. Baby B was first to crawl; Baby A was first to climb stairs.

In other words, what we have here is two human beings who ought to be completely alike. Nowhere on earth should there be two humans more alike.

And yet, they are not absolutely alike.

What does that say about standardization?

This Is Not Newton's World

In 1961, Edward Lorenz decided that he wanted to examine a section of printouts from his computer-run weather simulation, but rather than print it out from the very beginning, he figured he could just plug in the values from a midpoint and "cheat" his way to a quicker printout. But the "short" printout did not match the original longer sequence. And just like that, Lorenz became one of the modern pioneers of chaos theory. 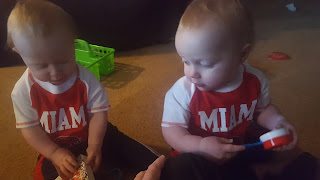 Most of us are still raised in the comforting vision of a Newtonian universe-- the world is giant, solid machine. Every time you press lever A, you get the same motion from gear B. Cause and effect. Action and reaction. Given the right collection of data and the correct formulae, everything in the universe is predictable.

It turns out that all of that is, if not exactly wrong, not entirely correct.

One of the books that changed my life is Chaos by Peter Gleick. From there I wandered into information theory and quantum mechanics (I recommend anything by Brian Greene) and no one of it is easy, because much of it wanders into very mathy swamps. But the world, it turns out, does not look like Newton thought it did. Even the widely known Butterfly Effect (a butterfly flaps its wings in China, and a tornado erupts in Kansas) is often re-interpreted in Newtonian terms-- it just means we need more data and a better formula. No-- what all of these things tell us is that you can have all the data and the best formula and you will never, ever be able to accurately predict the exact behavior of a complex system. At best you can have strange attractors, vague shapes around which your results will cluster. But now we're talking about probabilities, and quantum stuff tells us that probability can be bizarre-- and that how some parts of some systems work is heavily affected by whether we watch or not.

This is not all just wildly theoretical bizarreness used to gird up an incomprehensible sf film. Some of this, for instance, undergirds the creation of believable CGI water and fire and smoke (parts of nature which do not embody Newton's classic shapes, but which absolutely embody chaos).

My basic point is this-- when someone proposes an education policy or classroom practice or curriculum design based on the notion that if we do X to students, we will get students who know Y and behave like Z, I am beyond skeptical because the world literally does not work like that. You might as well say, "We will teach students algebra by feeding them floating cake on the ceiling."

The world does not work that way. 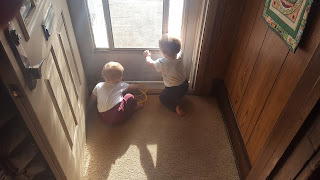 Complex systems (eg any system involving live human beings) are not subject to exact predictions and therefor cannot be precisely controlled. I don't mean "it's really hard." I mean it is literally impossible.

If you think that you can implement a curriculum in a classroom and it will predictably lead to the exact student outcomes you're looking for, you are kidding yourself.

If you think you can plunk a bunch of students down in front of a computer program that will get the exact desired student outcomes out of each student, you're an ill-informed, under-read fool.

The world literally does not work that way.

One of things I'd forgotten in the thirty years since my first fathering go-round is how much people want to impose traits on children. And with twins it is exponentially worse, because people want to define them in terms of each other. Is he the funny one? Is he the more outgoing of the two? Even their interactions are open to interpretation. As they crawl over each other, are the fighting, competing, hugging, or just too unaware of each other's personal space? 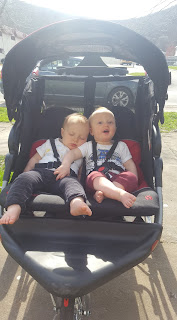 And because, with a multiple, there is always someone similar handy to compare to, the tendency is amplified.

Many times a day, I correct myself. I stop to watch and listen and find them where they are (I'm talking metaphorically-- the times the crawl under an end table when we're not looking are an entirely different adventure). I have to make myself do it; it's challenging enough that I often wonder how badly I botched it with their older siblings.

The best news about this desire to impose a projection on a tiny human is that it can't really be done. See all of the above-- we can hit a sort of strange attractor and land in the neighborhood of a quality we want to foster in the child, but we can't hit an exact target, and every once in a while we'll have an outlier who lands far away from the mark ("I tried to raise my kid to be a concert pianist, but she grew up to be a pirate instead").

So What Actually Matters?

So is the world so squooshy and chaotic that nothing matters?

Well, no. First of all, even in chaotic systems, we can make certain outcomes more probable-- just not certain. And that means a classroom (a chaotic system if there ever was one) can tend or push nor lean more in one direction than another.

But it cannot function as a standardized factory, a place where each child can be predictably accurately molded into exactly the widget we want it to be.

And one size never fits all, because even the most identical humans in the world are not actually identical. And most humans are far less identical than a pair of twins. So one size does not fit all-- not even when you try to pretend that your one-size-fits-all program is actually "personalized." 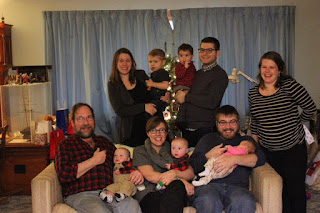 Human beings are uniquely qualified to navigate chaotic systems, to read the room, to connect to other humans, to separate the important from the unimportant. Hell, look at how much trouble non-humans are having just navigating a road. Humans trained to navigate a specific chaotic system are the best bet. Humans who are dedicated to trying to stamp out all chaotic elements in a system are doomed to failure-- and to damage the system in the attempt.

I suspect one of the things that matters most is intent, because intent defines the general direction, the strange attractor toward which we drive. Or as my first superintendent said at the end of a story he told many times, "First, you have to love the horse."

So you see and hear your kids. You learn who they are. And you find a way to love them. And then you begin the work, understanding that the precise outcome is not under your control.

And every so often, you have a birthday and celebrate what has happened so far.