The free market will never provide solutions for segregation.

Segregation is part of a functioning free market. Not (necessarily) racial segregation, but business requires sorting out the customers. 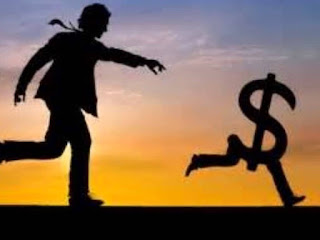 Businesses compete for customers, but they don't compete for all customers. First of all, they can't, and second of all, not all customers are created equal. Most importantly, this is part of how they stay efficient-- by not wasting marketing dollars on the wrong customers. So Lexus doesn't spend any time worrying about how their marketing plays with minimum wage workers, and McDonald's doesn't worry about how well-regarded they are by gourmands.

Businesses can most efficiently compete for customers by identifying some single features that appeal to a broad group of customers. Call it the cable effect-- after the early explosion of cable channels, what we saw was a rapid rush to the middle. Where there were once highly differentiated channels, we now have a small group of channels mostly doing versions of the same thing. It's hard to make money working a niche market.

It's also hard to be aspirational. You don't make money by giving the people what they ought to want-- you make money by giving them what they actually want. Bravo and A&E were founded on the notion that people ought to want classy highbrow culture. They've long since abandoned that notion, just as MTV had the cold, hard sense to dump its entire original reason for existing in favor of what would help them win a huge swath of audience.

The free market does not run on equal opportunity for all. Its fans get confused on this point, thinking that if a Lexus is available to anyone who can afford it, that's the same as being available to everyone. The free market does not run on principle. There are occasionally folks who declare that even though something is bad for business, they will do it because it's the right thing to do. Mostly, the free market either eats those people or converts them. Remember Google's "don't be evil" motto? Somehow when they went from plucky upstart to corporate giant, that whole thing was shelved. The free market has neither a conscience or a moral compass.

Mind you, I'm not a hard-core anti-marketer. The free market is very good for accomplishing certain sorts of things, and a couple centuries' worth of free market has, I must acknowledge,  helped build me a cushy foundation of privilege.

But the free market has no more moral quality than  hammer or a waffle iron, and when we try to reinterpret our entire culture and society in terms of the free market, when we replace th commons with the marketplace, when we turn all interactions into transactions, then we lose a moral core to our actions and become a hollow people. Government, churches, schools, community-- none of these things is made better by being recast as a business, as a market-based enterprise. You can only have on top priority; if that priority is turning a profit, then that priority is not anything else.

And the market cannot solve our great moral problems. Like segregation and inequity. As long as there are racists in our society, there will be a lucrative market for segregated schools. To expect that the free market can provide solutions to problems of social justice and equity is like expecting the free market to provide very single citizen with a Lexus-- that's simple not what the market is for. It's like trying to perform brain surgery with a chain saw. The chain saw tends more toward ripping up than careful incisions, and the free market tends toward providing any brand of injustice and inequity that can be made profitable. When the free market is made the guiding power behind education, it will favor the rich over the poor, and it will sort children into worthwhile and discards, and it will leave many, many children behind, grossly underserved or not served at all, and the degree to which public schools already do these things is the precisely the degree to which government and public education have already been infected with the free market ethos.
Posted by Peter Greene at Wednesday, August 30, 2017
Email ThisBlogThis!Share to TwitterShare to FacebookShare to Pinterest