Arizona has always been on the forefront of school privatization. Right now, things are heating up as they follow the path of promoting vouchers through any means necessary. In their case this has involved starting small with who-could-object students (special needs, native Americans) used to pilot a program that legislators now want to expand. At the moment, voucher opponents may have won a chance to stop vouchers via ballot initiative, but it won't be easy. Arizona is an ALEC-friendly state, and the Goldwater Institute has stage-managed the growth of charters and the rise of vouchers from right within the state. 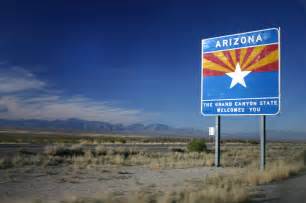 Arizona is worth paying attention to because it has served as a little policy laboratory for conservative politicians and corporate interests. Harper's Magazine just ran a profile of the state's assault on public education, and you can recognize some of the techniques in play. Here's Sydney Hay, from Betsy DeVos's American Federation for Children:

When Hay started working on school choice reform, “It was a free-market argument, which of course pits Republicans versus Democrats,” she told me. She and her cohort have since found success by approaching vouchers as a social justice concern, she said. “In the beginning, it was, ‘Oh no, these are going to be the death of public school education.’ That opposition is pretty much over.

Sound familiar? Arizona has been a booming state for charters and wants to blossom its charter crop as well. And pay extra attention, because they did it without one of the favorite reformster talking points.

That means that no child in Arizona is "trapped" in failing schools just because of her zip code. And yet they have still sold choice as a rescue operation. True, schools are allowed to cap their open enrollment at capacity, but still, in the midst of everything else out there, it's an impressive feat to sell charters as an escape to folks who aren't even trapped in the first place.


Posted by Peter Greene at Monday, August 21, 2017
Email ThisBlogThis!Share to TwitterShare to FacebookShare to Pinterest