Mike Petrilli, head honcho of the ever-reformy Thomas B. Fordham Institute, has taken a look at the future of Personalized Learning, and he has some concerns. He's read the PR, and he knows about the appeal of super-flexible differentiation, the varied student-customized pathways to excellence. However:

Hooray for all that. But after seeing a version of personalized learning in action recently, I’m worried that it may be reinforcing some of the worst aspects of standards-based, data-driven instruction. Namely: It might be encouraging a reductionist type of education that breaks learning into little bits and scraps and bytes of disparate skills, disconnected from an inspiring, coherent whole. 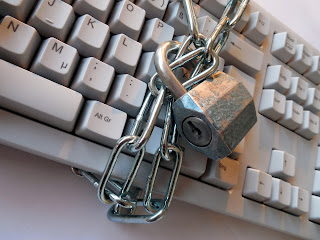 What he's noting here is the ways in which Personalized Learning has become the cojoined twin of Competency Based Education. Saying that PL/CBE "might be" encouraging reductionist, list-based, disjointed education is like saying that Betsy DeVos "might be" leaning toward school choice as a policy approach to education.

We have had versions of this conversation before. Back in the day when folks bothered to talk about Common Core, defenders frequently countered the real-life problems of CCSS with explanations of how it was "supposed" to be. Even people who wrote it would argue that people were misusing their beautiful creation and that's not how it was supposed to look at all. It wasn't supposed to be top-down or prescriptive or rigid or a straightjacket on both curriculum and instruction. And yet, in the real world, it was absolutely all those things.

Over the past years, I have had multiple conversations with CBE fans who direct me to things like the CBE work in Chugach, Alaska, as a sign that CBE doesn't have to be an Outcome-Based Education retread with lists to check off and "outcomes" reduced to simple, easily measured mini-tasks. Yet, that is exactly what's being sold-- often with the additional phrase "in any environment" because part of the pitch is that competencies can be acquired at any time, which means they competencies will be taught and assessed by computer software, which means that the competencies must be assessed with an instrument that computer software can do, which means no writing and no critical thinking. This fits nicely with choice on steroids, the a la carte choice system where students just select particular competencies from an online supermarket.

Likewise, Personalized Learning is sold as just an extension of the IEPs that students with special needs already get. Just super-differentiation, which doesn't sound scary at all, and yet it always turns into a discussion of how AI software will chart an individualized path for each student.

Folks all the way up to our Secretary of Education see the CBE/PL system as tied to technology. iNACOL sees both as a wide-open market opportunity for techsters. Petrilli already knows this.

Picture an elementary school. Yes, there’s a long list of skills that kids need to master and for which an individualized approach would work fine: decoding; spelling; writing letters and numbers; counting to one hundred; keyboarding; and so forth. Measuring children’s progress in learning these skills is the sort of thing that assessments like iReady’s can readily do, and then point teachers and parents toward learning modules that will help them take the next step.

And he's aware of the limits:


Yet there’s so much else that we also want young children to experience and that’s hard—maybe impossible—to break down into little bits.

Well, yes-- it is impossible. But that is exactly what the very marketplace that the Fordham has championed  for years is pushing toward. But he is either ignoring or in denial about the implications of what he has been pushing. Here he is imagining how a standards-based classroom should work:

But that's not what happened. And Petrilli chooses to address the elephant in the classroom, which is test-centered accountability, a feature of reform that has absolutely guaranteed that schools would teach to the standards-based-ish tests. This oversight matters. Here's Petrilli on what he think has gone wrong:

That’s hard to do, though, in a personalized classroom, if the model is premised on the idea that we can break knowledge and skills into discreet standards and progressions, and if teacher-led discussions are discouraged. Perhaps that works for math. But for English? History? Science? Art and music? Character, values, and self-control?

No, no,no, no and no. And as for character traits, I refer Petrilli to the death of OBE, which was in no small part to strong reactions against the proposal that government would train students to be the Right Sort of People.

But the problematic premises of PL/CBE are not just that we can break complex knowledge and skills into tiny pieces, but that we can use computer software to measure those pieces, and that we must measure those people, and that the ongoing measure of those pieces should drive the system, determining what module a student should work on next. PL/CBE takes the worst feature of reform so far-- test-centered accountability-- and drives it even deeper into the bones of the system. It takes the already-failing Big Standardized Test system we've been using to measure everything from student achievement to teacher effectiveness even as it has narrowed and gutted the education system-- it gets rid of that once-a-year travesty and replaces it with standardized testing, all day, every day.

Petrilli worries that the ideas will be taken to a bad extreme. The solution is the same one as ever-- take the reins out of the hands of corporations, investors, and all the other amateurs who have gathered to make a buck. Consider-- just consider-- involving trained professional educators in some of these decisions.

Petrilli visited a PL school and was not encouraged by what he saw. Little teaching, standards obsession, and "everything looked like distilled and fragmented test prep." Well, yes. That was not an aberration or mistake. It was not a bug-- it was a feature. Every piece of PL/CBE is aimed toward that product, and he can't be surprised or shocked, because he helped make that, and some of us, for years, have been telling him and others like him that this is what they are building.