I'm happy to provide a good news follow up to an old story. 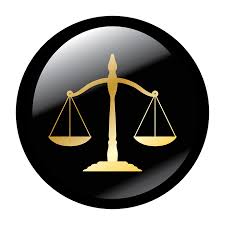 Two years ago, Rutgers University professor Julia Sass Rubin found herself under attack by the New Jersey Charter School Association. She had published research that contradicted the rosy charter picture in NJ, showing that, much to nobody's surprise, that charters enroll fewer very poor students, fewer non-English speaking students, and fewer students with special needs. So the NJCSA decided to play hardball. They filed an ethics complaint against Sass Rubin. As I wrote back at the time:

Yes, confronted by clear scientific data that conflicted with their position, the New Jersey Charter Schools Association did the only thing that reasonable, ethical, intelligent human beings can do in that situation-- they went after the bearer of bad tidings with a switchblade and brass knuckles. Not since Tonya Harding tried to have Nancy Kerrigan kneecapped have we seen such a reasoned and rational approach to conflicting views.

The NJCSA attacked Rubin by accusing her of correctly identifying herself as a Rutger professor, even when participating as a member of Save Our Schools New Jersey. Again, from my opriginal blog about the charges:
****
The complaint seriously seeks the remedy of having Rubin stop identifying herself as a Rutgers professor when she says these things that make the NJ Charter operators look like lying liars who lie. From philly.com coverage:

"The paper's conclusion and recommendations are identical to - and clearly intended to provide the appearance of legitimate academic support for - the lobbying positions that Dr. Rubin and SOSNJ have zealously promoted for years," the Charter Schools Association wrote in its complaint.
So, as a citizen, she's not allowed to believe what she believes as an academic? When her research as an academic leads her to certain conclusions, she must never talk about them outside of school? Or when she's speaking as a citizen, she is not allowed to note that she has professional training and skills that qualify her to make certain conclusions?

I can understand their confusion to a point. It is, of course, standard operating procedure in the reformster world to NOT identify who you actually work for, get money from, or otherwise are affiliated with. It's SOP to put out a slick "report" without actually explaining why anyone should believe you know what you're talking about, but Rubin and Weber go ahead and list their actual credentials. Apparently NJCSA's argument is that it's unethical to let people know why your work is credible.
****

The charter association went so far as to hire Michael Turner to handle the PR-- Turner is an expert in smear tactics to help his clients. The goal throughout was simple-- to make Rubin and her colleague Mark Weber (Jersey Jazzman) shut up and stop using facts and research to undercut charter marketing. As I noted back then, the research is basically just crunching numbers, so NJCSA could have attacked the data or the methodology or even the conclusions, but instead they attacked the researcher. It's almost as if they knew they didn't have a leg to stand on when it came to the facts.

But news came yesterday that this assault on Rubin has come to naught. The State Ethics Commission bounced the complaint back to Rutgers, and Rutgers has found "no evidence to support allegations against Julia Sass Rubin."

Well, hooray for that. Nobody should have to work with allegations hanging over their heads that are boundless and intended to shut the person up. Disagree with someone? Then dispute what they've said, and don't go trying to ruin their career or just make their professional life miserable. I hope the NJCSA wasted all sorts of money of this attempt at bullying.

So this time, the good guys win and the charter forces will have to find some other way to obscure the facts.