One of the techniques in the reformster arsenal has been the school takeover, in which some august body declares a public school a failure, and that school is marked for Takeover. That failure can be certified by specious Big Standardized Test results (yay, PARCC and SBA) or by the more cynical method of refusing to fuly fund a district and then certifying them, as financially distressed. This particular "solution" was built into Race To The Trough Top and RTTT Lite (more waivers, less paperwork), but it has been embraced in a variety of forms, such as the Achievement School District of Tennessee and other attempts to create via bureaucracy what had previously been accomplished by natural disaster (aka Hurricane Katrina). 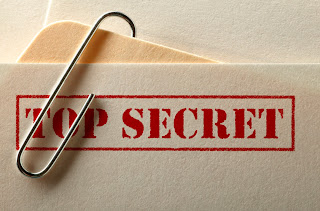 You can see it happening yet again in Gary, Indiana, where the schools have been taken over by the state. That state takeover, which strips the elected school board of power and replaces them with a state-appointed manager, was enacted a month ago and explained to the public more fully just a week ago. Gary was a two-fer, a district slammed for both low test scores and for failing to get enough money to keep itself solvent. Within roughly five minutes, a charter company was putting in its bid to run the formerly-public school system.

The proposed management group is the Phalen Leadership Academies, a group with strong ties to Indianapolis's big charter boosters with giant apsirations loaded into its name-- the Mind Trust. The group was founded by a former Indianapolis mayor and his head of charter schoolery, and it has done a fine job of finding ways to funnel public tax dollars into private pockets. So there are plenty of specific and historical reasons to oppose Phalen's glomming up one more set of de-public schools.

But the whole takeover process is itself a scam of tremendous proportions, a house of cards resting on a foundation of falsehoods.

Remember, the basic idea here is, "You public school people couldn't make this school work, so we're going to bring in someone who can." Let's consider that premise for a moment.

The takeover premise requires someone who knows the secret of making a school "work." Someone who knows more about how to educate children than the trained professionals who previously ran the school. Let's mull on that for a second-- if this person (or person's company) knows the secret of Making Schools Work, what exactly have they been doing? Why have we not already hear about them? Why are they not already rich from running seminars and presenting training and having entire states adopt their special techniques for success? Why aren't principals and teachers falling all over themselves to bring these people in to run professional development so that we can all be awesomely successful? Why haven't we all heard and read about their great success?

Have they had these Secrets for Success all along, but they've been sitting on them, saying, "Well, we're not sharing this with anybody unless they pay us a bunch of money." And if so, are those the kind of people we want running schools?

Or could it be that these takeover artists don't know a damn thing more about educating students and running a school than the rest of us?

In addition to pulling off the trick of deploying super-secret education techniques unknown to anyone who actually works in public education, takeover artists must also pull off some financial magic.

The takeover artists must run the school with the same money as the "failed" managers-- and they must somehow squeeze that piggy bank so that there is money left over to pay the takeover company.

The fantasy is that schools-- even, somehow, schools that are in  financial distress-- are loaded with such waste that a savvy business person can find efficiencies and eliminate waste., which is sort of true if one believes that paying teachers or offering certain programs are wasteful. Or, of course, one might believe that certain students, by virtue of their special needs, cost too much money to keep a trim budget, and so those students must be pushed elsewhere.

The heart of the takeover idea is that there are people out there who know special secrets-- how to educate students, how to run schools, how to do it all for less money--  that somehow nobody in public education knows. But we've had these companies in business for years now, and there's no reason to believe that the heart of the takeover idea is anything but a profitable falsehood.