Should We Close Schools for Low Performance?

Over at Rick Hess's EdWeek blog, guest blogger Deven Carlson (Poli Sci, Oklahoma U) considers the question of whether or not schools that show low performance. In the process, he illuminates some of the deeply flawed premises under which reformsters operate.

He opens by noting that school closure has been a popular policy approach since the days of No Child Left Behind.

The logic of closing low-performing schools is clear: Shutting down bad schools will remove students from these contexts and facilitate their transition to a better school. Improved academic outcomes will follow. In addition, the resources that had been devoted to the closed schools can be reallocated to those that remain open, which may contribute to their improvement. 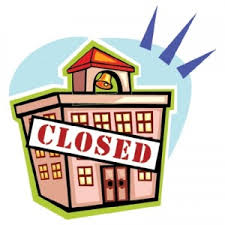 The path of that logic is clear. But clarity doesn't equal correctness. I can take nice clear pictures of a KKK rally; they're still wrongheaded dopes.

Skipping past, for a moment, the fact that we are currently using unreliable methods and bad data to identify bad schools, moving students to "a better school" is neither easy nor simple, nor does it necessarily follow that the student will do better in a new school. Carlson is also skipping over the issue of capacity-- if we close a 500-student school, where are the 500 new seats? What Carlson is not noting here is that eliminating low-performing schools has not been nearly as popular as replacing them-- but that usually means replacing the students as well.

What Carlson does clearly get is that while this conversation is easy for policy-makers to have in the abstract, it's a whole other thing to implement it on "specific districts and schools, affecting actual teachers, students, families, and neighborhoods." In fact, when the rubber meets the road, very few schools have actually been closed down under the modern era of school reform, and when the issue is raised, local pushback is strong. Well, yes. This is why reformsters need disasters to thrive-- you can't convince people to give up their schools unless something "great" like a hurricane comes and flattens them.

Carlson suggests there is some support for closures, citing some research (including his own) that suggests students from bad schools do better when their school is closed and they are relocated-- though he skips over the finding of one of those studies, which also says that students at the receiving school do worse (which makes me wonder how much the study depends on averages, but I'm not going to pay $36 to see). Carlson's own "research" is some data crunching for the Fordham Foundation showing that closing schools in Ohio and sending those students to charters makes everything better (did I mention that Fordham runs some charter schools in Ohio). This whole brand of research leans doubly on narrow standardized test results soaked in VAM sauce-- there's no real reason to believe that any of it means anything (unless you think the whole purpose of education is for students to do well on a narrow standardized test).

However, Carlson offers three reasons that school closures are not such a great idea after all, and he's not wrong here:

First, identifying bad schools may not be as straightforward as it initially seems, particularly if we think of school quality as extending beyond contributions to student reading and math scores (as I think most of us do). Even if we only talk in terms of test scores, many states' approaches to measuring school performance leave something to be desired and basing closure decisions on these metrics could lead to shutting down some schools that are actually effective. And if we go beyond test scores to consider schools' effectiveness in subjects other than reading and math, as well as in extracurricular activities, then identifying low-quality schools becomes even more complex.

Well, yes. I have nothing to add. That's diplomatic, but the bottom line is sound-- we don't have anything remotely resembling a decent measure of school quality in place.

Second, closing a school is a huge disruption in the lives of students, teachers, and parents. That disruption comes with any number of costs, both educational and human. And now Carlson does bring in the negative effects shown in that Michigan study. And, he notes, all of this is extra problematic if you don't even have a demonstrably better school to send them to.

Carlson concludes that closing schools for low performance is a tough call. Looking at what he's said, it seems like a tough call kind of like deciding whether or not to hammer a building with a battery of high-pressure high-volume water hoses is a tough call. It's not-- if the building isn't on fire, put the hoses away.

Now, if I were a cynic, I might conclude that this shift in the reformsterverse is occurring because the schools considered for closure are different. For a long time, we talked about the necessity of closing bad public schools, but now we can also be talking about forcing the closure of bad charter schools. So if I were cynical I might conclude that's what's driving this new argument. But it's also possible that Carlson is an economist mostly on the side of reason. It could happen.

"Let's close the school" is a popular option, particularly among vulture capitalists salivating at the opportunity to shut down a public school-- close a school and open a market!

But that's a little like saying, "Well, my gas tank is empty and there are McDonald's wrappers all over the seat-- guess it's time to buy a new car."

The discussion of  "bad" schools is often vague and mysterious, as if a bad school is somehow sitting in a miasmic pool of awfulness, and the badosity has just seeped into the stones, the building, sourceless and locationless and therefor unfixable. When we do get specific, we blame all the badness on the teachers. What we rarely seem to do is discuss what needs to be done to fix the school, or any sort of corrective measures are dismissed as "throwing money" at the school.

Am I going to say that no public schools should be closed, ever? Not on your life. But public school closings are an act of last resort, and there are a long list of things to try first. If your friend came to you and said, "Things aren't working with my spouse," and then you asked, "Well, what have you don? Have you talked about it? Gone to counseling?" and your friend said, "Well, no, I'm just going to file for divorce," you would be justifiably upset. You don't bail on a relationship without trying everything you can think of first.
Posted by Peter Greene at Friday, August 26, 2016
Email ThisBlogThis!Share to TwitterShare to FacebookShare to Pinterest