The Gig Economy Has Issues

Betsy DeVos was probably the most high-profile person to claim, repeatedly, that education just needed its own version of Uber. But the last months or two demonstrate just a few of the problems with the gig economy.

Gig economy is great if you're an employer. It lets you have "employees" without any of the actual responsibilities of being an employer. The gig workers are left to deal with their own issues of income, insurance, and employment stability, while the employer can just wash their hands of the whole thing while congratulating themselves loudly on promoting "freedom." 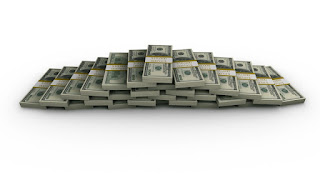 This is a dream for some reformsters. Teachers, stripped of unions, serving as gig workers, maybe even hired just to teach a class or three. Privatizers complain about how union rules "restrict" teachers and keep them from being free, though it's never clear what they aren't free to do. But imagine--every teacher a Uber-style actor, who scans the app and sees who would, for instance, like to learn a little calculus today. Meanwhile, the education broker doesn't have to pay for retirement or health care. The model is already out there in a limited format, called Outschool, where teachers can sign up to teach a particular class and hope that students sign on, with the education "provider" operating a website to broker deals. Venture capitalists are already salivating.

But a funny thing has happened coming out of the pandemic (or at least imagining we are coming out of the pandemic). A lot of people have realized that their crappy job is crappy, and they don't want to go back. The classic neo-lib theory is that if all those people just get some education, they can elevate themselves and the whole economy--except that our economy is rigged to feed off of low-wage workers who are too desperate to stop doing the turns-out-they're-essential jobs they're being paid poorly for.

Except that, at least for a moment, they're bailing. And, surprisingly enough, gig workers do have some freedom. And it is hurting Uber and Lyft. Turns out that even when you keep unions from appearing, workers can still decide, en masse, they don't want to work for you when the job sucks. Uber and Lyft's inability to hang onto their drivers has resulted in an increase in costs for riders, making what was a bit of a luxury item even harder to afford. If you had imagined that Uber would some how democratize taxi service so that everyone could afford it, guess again.

What Uber does is cut out almost all costs of employing people and transfers that money to the top, making gazillionaires out of the owners and subsistence humans out of the gig workers who make the company function.

Gig work is swell if you've got a real income elsewhere. Lots of fields are rife with gig work from writing to the musician work that gave this style of labor its name. But it's no way to make a living, and it's not even a particularly good way to provide the service that it's supposed to provide. And still, it's only a good model for education if you plan to be the person at the top of the pyramid, skimming cash from everyone else.