Like everyone else in the education universe, I was talking vouchers on line, and in the midst of a conversation, this tweet popped up:


Remember that question, because it's going to be part of how this debate is framed-- mean old flat-Earth public education advocates trying to deny poor families their choices. This carefully constructed question gets one things right, and several things wrong, all worth remembering in the days ahead: 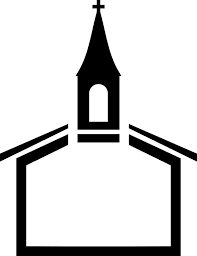 Vouchers are about private religious schools.

And that's before we even get to the question of whether or not that voucher will cover more than a fraction of the cost of the private school.

Your Tax Dollars At Work

Vouchers direct public tax dollars to private religious organizations. While the Supremes have conditionally blessed this sort of transaction, there are still problems. Vouchers disenfranchise taxpayers who don't have children (no kids-- no vote on what kind of schools serve your community, but you still pay). And the exclusive nature of private religious schools means that taxpayers with children could end up paying tuition to send a neighbor's kid to a school that would refuse to educate their own child.

And vouchers are not exactly "rescuing" poor children from failing zip codes. In Indiana, a whopping 1% of voucher students are leaving a "failing" school, and more than half have never set foot in a public school to begin with. Poor students in failing public schools make great poster children for voucher programs-- but that's not who's getting served. Some parents are getting a rebate on the private school tuition that they were going to pay anyway.

When Bernie Sanders wanted to make college free to everyone, their were howls of outrage over a "new entitlement" funded by taxpayer dollars. I have never quite figured out why similar howls have not greeted voucher programs, which are also a new entitlement for (some) students to attend a private school at taxpayer expense.

I would be more willing to consider the above issues if the funding of vouchers were handled honestly. But to do all of the above at the expense of public schools is dishonest and not okay. As most states handle vouchers, the real question is "Why do you have against letting families send their children to religious schools at the cost of educating students in public schools?" If you want vouchers, fund them with something other than money stolen from the public school system.

I would love, just once, to see a voucher proponent get out in front of the taxpayers and say, "We believe that this new entitlement to private religious education is so important that we are proposing a tax increase to fund it." Tell parents-- including poor parents-- "We want to raise your taxes so that the McGotrocks family can more easily pay for sending their child to a school that would reject your child in five seconds flat." If that's the system you want, be open and honest, not only about where the money is coming from, but which families are benefiting.

Show the Courage of Your Convictions

While we're being open and honest, let's talk about all the reasons that smart conservative religious schools should want nothing to do with vouchers.

Just up the road from me is a small religious conservative college named Grove City College. It made the news recently because the college president invited his old friend Mike Pence to speak at commencement. Protesting ensued.

But GCC has been in the news before, as a leader in the vanguard of conservative colleges that don't take any federal money at all. The college pursued the matter all the way to the Supreme Court back in 1984, and it has kept itself federal-dollar-free all along, because it understands one simple rule-- where government dollars go, government strings follow. And what might be a friendly government today could easily turn into a Follow Federal Guidelines Or Else government tomorrow. Why would a private religious school sign up for that, unless it was desperate for money?

If you are going to take taxpayer money, you must expect to be accountable to the taxpayers.

And if there's a lot of money involved, like millions and billions of dollars, with little accountability-- well, we already know what happens. Before you can say "antitheistic cynicism," you will have more fly-by-night folks pretending to be religious educators than you can shake a crucifix at.

So That Question Again...

What do I have against letting poor people choose religious schools?