The ACLU recently issued a report outlining a variety of widespread illegal practices among California charter schools. The report is worth reading in detail because it gives an impression of just how widespread these practices of restricting student enrollment are, creating one more situation in which "school choice" means that schools get to choose students. 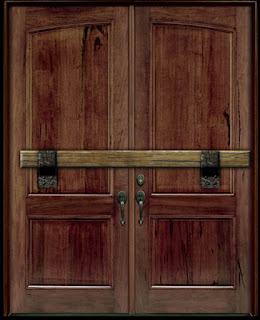 California law is pretty clear that charters may not "enact admissions requirements or other barriers to enrollment and must admit all students who apply, just as traditional public schools cannot turn away students." How do California charters violate those rules? Let's count the ways.

Charters are not allowed to bar students because of academic requirements, but at least twenty-two do, with everything from requiring particular coursework to a cut-off grade at their previous public school.

Charters should give struggling students more chances to succeed, but some penalize students for failing to keep up academically.

While some charters work hard to assist ELL students, others have policies in place to make it harder for such students, some as transparent as requiring a minimum score on a language arts assessment (one school requires the applicant to be no more than one year behind grade level). Others use more subtle techniques, like including no Spanish on applications and school materials. But charters may not legally bar ELL students, and they must provide appropriate programs. No, you can't just say, "We do all our instruction in English, chico. You'll just have to stay with us. Catch up or get out."

Use interviews and essays.

Charters may not use interviews or admissions essays to determine what students they will accept. Some do it anyway. Some work around the law by having interviews and essays but claiming not to use them. A) Nobody actually believes that. B) The very presence of such a process intimidates some students with less academically-swell backgrounds. Example:

In a 2 to 3 paragraph essay (minimum 5 sentences per paragraph), tell us why you     want to come to OCEAA – what interests you most about the school?  You must use proper grammar     and punctuation.

Not allowed to do that. Some do anyway. One more hurdle that discourages the Wrong Sort of Student from even applying.

Requiring donations of time from parents.

Some charters require parents to donate time and sweat equity to the school. It's a handy way to avoid costs like janitorial and other simple positions. That's illegal, and of course, a problem for working parents. Some schools helpfully allow that parents who don't have the time can contribute money instead. Again, even the appearance of such policies is enough to scare some parents away.

Pushing out students with low grades.

Flat out illegal. Charters cannot, for instance, expel students for having a low GPA, or even threaten to. Yet many do.


The report includes many, many examples, most of which fall into the "I know this is only a single anecdote, but if this happens even once that's one time too many, and why didn't someone get in big trouble over it?!"

California has written charter school law that says just what charter law should say-- that a charter school must accept every student that shows up at its door, and can deny them only for no reason other than being out of space. That's what the law should say. But having the law say that is not enough if charters can get away with choosing not to follow it. Will shining light on these illegal practices end them? We can only hope.
Posted by Peter Greene at Wednesday, August 10, 2016