Along with the welcome news that Hawaii has removed student test scores as a required portion of teacher evaluation, we happily note that Oklahoma has also given VAM scores the old heave-ho.

VAM, for those of you who somehow missed this higher math con game, is a technique by which test scores are run through a model which creates a mathematical alternate universe in which students float in vacuums, unaffected by anything. Test scores from this planet are compared to those from the alternate universe to see if teachers Added Value to the students in question (suggesting that the only important value a student has is her ability to score well on a Big Standardized Test). It looks remarkably like made-up baloney, and has been rejected by all sorts of folks, including National Association of Secondary School Principals and the American Statistical Association. Most recently VAM took a beating in NY courts, where a judge called it capricious and arbitrary.

Oklahoma watchers have been cheering on House Bill 2957 for a while. Notice how they sold this. Here's Rep. Michael Rogers,R-Broken Arrow, HB 2957’s House author:

This legislation will return flexibility back to the districts on their evaluations, while developing an individualized professional development program that will help all our teachers and administrators.

"VAM is a lousy way to evaluate teachers" has had limited traction. But "local control" is always a winner, particularly in red states. And that is a major feature of VAMmy systems-- local authorities lose control of the entire process. The principal, parents, students and other teachers can all know that Mrs. Chalkwhacker is a great teacher, but if the magic VAM equation spits out a low score, nobody can save Mrs. Chalkwhacker from that judgment. 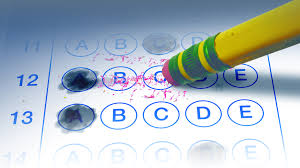 So, yes, that's bad and unfair for Mrs. Chalkwhacker , but it is also bad and unfair for her bosses, students, and parents, because they get less say than they should. So it is with most of the teacher evaluation systems rolled out to comply with Race To The Top and Waiverpallooza-- the feds required the states to take control of teacher evaluations away from local districts.

The bill's supporters also sold the bill as relief from what is essentially an unfunded mandate, because the RTTT/Waiver teacher eval systems involved time and expense to implement, all of which had to come out of local pockets.

The bill also reduces time and money pressure by reducing the frequency of evaluation for teachers who rate "superior" or "highly effective." Yes, under a VAM system, it was always possible that those teachers would vary in effectiveness wildly from year to year. But on our planet, teachers who do really good work are not generally in danger of turning into terrible teachers if we take our eyes off them for six or seven months, and administrators probably have better things to do than watching their best teachers as if they're a pack of weeping angels.

Do two states constitute a serious erosion of the test-driven teacher evaluation movement? Probably not. And it's also true that if we';re sweeping aside the tests in order to make room for Competency Based Education as a means of evaluating teachers, there may be bigger fights down the road.

So rate this development "cautiously optimistic" or maybe "one step in the right direction, but only one." But the first sign of a breaking dam is a few little holes. This may not be the best news this year, but it certainly isn't bad.
Posted by Peter Greene at Wednesday, May 25, 2016