Not a huge surprise. North Carolina, since its great conversion from a progressive state to a aggressively regressive GOP stronghold, has worked hard to make teaching unsustainable as a career, as well as chopping the daylights out of teacher pay, to the point that even when they're trying to look like they're increasing pay, they're still shafting a whole lot of teachers (in particular, the life-long career folks). As WRAL reports, back in 2001-2002, NC ranked 19th in nation; today, they rank 47th.

And if you like anecdotes with your data-- two weeks back I was in Raleigh for the NPE convention. While there, I was contacted by a former student who now lives there. My wife and I joined my former student, her husband, and two other couples at supper. Of six grown young adult professionals, three were former North Carolina teachers. They all seemed like nice folks-- but they had had enough. 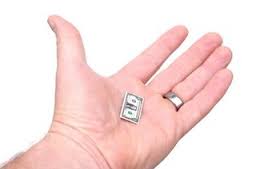 The WRAL story is of interest to everyone because in the process of whipping up an interactive graphic based on National Center for Education Statistics, they came up with a map that shows how every state has fared over the past decade-and-a-half.

I recommend that you look for yourself, but here are some highlights.

The biggest growth was 21% in Wyoming.

A total of twenty-four states have seen average teacher salary drop since 1999.

Every "dropping" state is touching at least one other-- except Texas. It's proudly isolated in its teacher pay cutting. Maryland and Kentucky are growth states completely surrounded by drop states. Connecticut would be completely isolated as the only drop state in New England except for that tiny little spot where it kind of touches Delaware.

Granted, these are state average figures which allow a huge amount of variation from place to place. But still, in general, teachers in almost half of the nation would be better off partying like it's 1999.

It was kind of a jolt to see these figures. Teacher pay has not been the kind of broad issue in education it was back when I started teaching; generally it's brought up by fans of merit pay, performance pay, and other plans focused on paying a few teachers more and most all other teachers less, or by teachers who work (or used to work) in the bottom tier of teacher pay states. Clearly, in some states, inflation has hidden the steady march backwards. But go look at the map-- while we've been talking about Common Core and testing, teacher pay has been eroding in many states. Add that to your list of why teacher program enrollments are down in colleges across the country.
Posted by Peter Greene at Thursday, April 28, 2016