If you're going to make education cheaper

...there's really only on way to do it--cut personnel costs.

The McDonaldization of US education has taken several forms.

One part is to simplify the task. Instead of big fancy-shmancy talk about actualizing students and helping them to become the best version of themselves ad fully rounded human beings operating in complex and complicated ways in a complex and complicated world, why not redefine the whole process as "Get students ready to score well on a single multiple choice reading and math test" (and keep that test from going to deep by lashing it to some unproven amateur-hour standards branded as a "common core" of education). 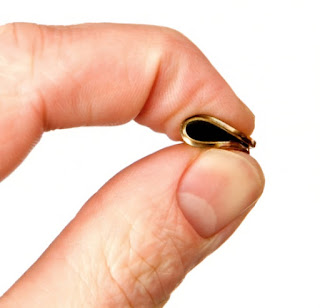 In fact, you can go one better by creating a raft of materials that lay out, sometimes in painfully exacting scripted fashion, exactly what the teacher is supposed to do. That way, you can redefine the job as a relatively simple one that pretty much anyone can do.

And if a "teacher shortage" provides cover for your idea, you can further lower the bar for how to get a job as a "teacher." Drop the need for any kind of college degree, or open it up to anyone with unrelated service in an unrelated field. Argue that anyone can be a teacher, and then create laws to make it so. This redefining of teaching as a fry cook level job will be so popular with the business types that before you know it, ALEC will adopt it as a policy priority.

Once you've filled classrooms with untrained non-professionals, you can cut pay like a hot knife through cheap margarine. It's really a two-fer--you both erode the power of teachers unions and your Teacher Lite staff cost you less, boosting your profit margin for the education-flavored business that you started to grab some of those sweet sweet tax dollars. And as an added bonus, filling up public schools with a Teacher Lite staff means you can keep taxes low (why hand over your hard-earned money just to educate Those Peoples' children).

The privatization crowd has been working on this for years, and they won't let up any time soon. De-professionalizing education is cut from the same cloth as replacing trained chefs with fast food workers (currently being replaced by robots and kiosks, because humans are expensive and annoying). Treat education as a "product," and figure out a way to crank out a cheap version for Those People. But one big difference--while a fast food "restaurant" has many material and capital expenses, the primary cost in operating a school is paying personnel. For the privatizing crowd, that means cutting those personnel costs is a critical piece of the operating strategy. And it always will be. One more reason that education should not be treated as a business.

Posted by Peter Greene at Tuesday, August 16, 2022
Email ThisBlogThis!Share to TwitterShare to FacebookShare to Pinterest