The Free Market and Half a Bar

We've just spent several weeks trekking across the country by car, in a trip that eventually covered everything between Portland, Oregon and Portland, Maine.

We did it with a pair of five year olds and a lose schedule. We did seat-of-the-pants booking of overnight accommodations. In car entertainment was books, spotify playlists of favorite stuff, select cds (yay, Rabbit Ears) and assorted toys. We stuck to hotels with pools and breakfast, and we did it without screens except for a couple of Octonauts episodes at the end of the day. 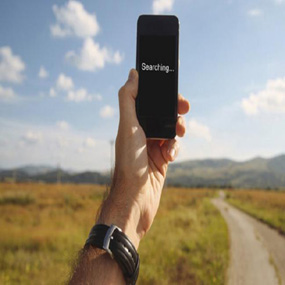 All of which kept us extremely conscious of our level of connectivity. We were always paying attention to phone bars and wifi and hotspotting, and after spending a month sampling connections across the country, I can report this-- it's not good.

It has been twenty years since 3G was introduced in Japan. Home routers--wifi as we know it--has been around since the 90s.

And yet here we are. On major highways in population centers trying to get more than a single bar of LTE. On a lake in Maine that is not that far from the beaten path--families live there years round--having to step outside when the wind is just right to get more than half a bar to check messages from family. (And that 5G you heard was going to be everywhere? As near as I can tell, it's not anywhere).

All of this experience raises two thoughts.

(Well, three. Because I noticed this trip that even when nothing else could squeak through a half bar of hamster-wheel phone connection, Facebook could, making me think that either Zuck has a super-great system for shoving it out there, or my carrier has quietly agreed to put Facebook in the Special Digital Lane.)

One thought is about ed tech, and all the many ideas pitched on the premise that internet connectivity is as ubiquitous as air and Dollar General. It isn't. Not even close. We should have learned that when we ran up against the technological wall trying to do distance learning during the pandemess, but damned if people aren't still pitching cyber classes and on-line learning as if reliable internet is as easy to find as an unqualified amateur trying to reimagine education.

The other thought is that this internet inadequacy is one more demonstration that the free market does not magically provide all things to all people. The notion that market forces will get the goods to everyone so efficiently and effectively is an idea that is as deeply held as it is devoid of evidence. "Let free market forces take effect in education," they say, "and a million educated flowers will bloom all across the nation." The free market does not work that way it serves the customers it chooses, and it chooses based on where profit can be made. It doesn't matter how much you want highspeed fiber optic internet in your town-- if someone can't make bank providing it, you're not getting it.

Turning the free market loose in education just gets some choices for some people in some places. It's not the solution to any problem except maybe, "How can I get my hands on some of those sweet sweet tax dollars."

Posted by Peter Greene at Thursday, August 18, 2022
Email ThisBlogThis!Share to TwitterShare to FacebookShare to Pinterest