Imagination Is Not Extra

Imagination is a neglected quality, an attribute virtually never included on the list of educational must-haves, and yet, I would (and now will) argue that it is a central quality, a trait that every classroom should actively foster. So many folks tend to file imagination with creativity and the arts and fairy dust and unicorn farts and the whole universe of touchy-feely artsy-fartsy stuff and while I (and often have) argued for the value of the whole artsy-fartsy universe of stuff, we don't have to go there for imagination, which is supremely and critically practical. 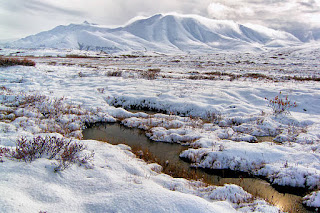 Jack London (a decidedly non-artsy-fartsy writer) makes the case in his short story "To Build A Fire," which you may vaguely remember from high school English as the story about the guy who steps in a puddle and dies in the Yukon on a Really Cold Day.

London carefully avoids any great drama; there's no blizzard to fight through, no mountain to climb, no abominable snowman to chase our protagonist. It's just really, really cold. London lays out the unnamed character's many mistakes. He goes out in the first place, when an old-timer tells him it's a bad idea. When he steps in the water, he builds his fire under a tree and subsequently shakes loose snow that puts it out.

Readers might be tempted to diagnose the character's trouble as "lack of common sense" or "not very bright," but London takes a whole paragraph to explain.

The trouble with him was that he was not able to imagine. He was quick and ready in the things of life, but only in the things, and not in their meanings. Fifty degrees below zero meant 80 degrees of frost. Such facts told him that it was cold and uncomfortable, and that was all. It did not lead him to consider his weaknesses as a creature affected by temperature. Nor did he think about man’s general weakness, able to live only within narrow limits of heat and cold. From there, it did not lead him to thoughts of heaven and the meaning of a man’s life. 50 degrees below zero meant a bite of frost that hurt and that must be guarded against by the use of mittens, ear coverings, warm moccasins, and thick socks. 50 degrees below zero was to him nothing more than 50 degrees below zero. That it should be more important than that was a thought that never entered his head.
Imagination is often mistaken for common sense or wisdom. It is imagination we turn to when we have to solve the life problem, "If I do X and Y, what is the likely outcome." Evert exasperated parent or teacher who ever confronted a young human who had just run afoul of undesirable consequences and exclaimed, "Well, what did you think was going to happen," is essentially asking "Did you not have the power to imagine that this undesirable outcome was going to happen next?"
The science tells us this is not a failure of character-- human beings have to reach around age 16 to develop the part of the brain that lets us project ourselves into the future and answer questions like "If I drive around this curve at 150 miles an hour, will the results be really cool or really regrettable?" And I'll bet all of us know at least one person we'd hold up as an example of someone whose brain is apparently still short that particular lobe.
That's just one reason I would (and now will) argue that imaginative play and exercise among younger humans is not a frivolous extra, but a critical life skill.
To get good at foreseeing and fine tuning one's own future, you need practice making shit up. Please someone do the research showing the connection between children who have imaginary friends and imaginary castles and imaginary adventures and successful adulting.
The other critical foundation for imagination is content knowledge. We tend to think of imagination and hard cold reality as some sort of polar opposites, but in fact the better your understanding of how the world and the people in it work, the better your imaginings hold together.
Imagination is a critical life capability, not because a rich fantasy life is so rewarding and all, but because one of the things that makes us human is the ability to cast forward, to make decisions based on what we imagine the results will be. Part of the proof is to look around and see how many people are bad at it, how many people go through life with some repeated version of "Well, if I pet this chihuahua, an anvil will come screaming out of the sky and squash me flat." Or people who don't even try and just go with, "Well, my Trusted Authority Figure says if I read that book, angry honey badgers will jump up and rip my face off, so I'm just going to skip that book." Or entire nations that sink into despair because people cannot imagine a path into the future that does not suck.
So by all means-- more imagination in schools. More practice fabricating a possible future or present and casting ourselves into it. More fantasy. More pretending. More coulda and woulda to help us figure out our shoulda in time to do something about it. Imagination is not (and will not be) extra.
Posted by Peter Greene at Sunday, August 07, 2022
Email ThisBlogThis!Share to TwitterShare to FacebookShare to Pinterest