In the interest of Fairness, many states have pursued the idea of anti-trans athlete legislation, largely centered around the notion of athletes who were born male transitioning to female and thereby gaining an unfair advantage over those athletes born female.
I'm not going to wade into the debate about this issue, other than to note that I've known plenty of highly driven teen athletes and their highly driven parents and I still doubt that any of them would have ever decided that a gender transition would be a great way to get an edge in sports competition. 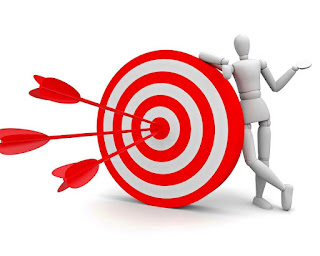 Instead, I want to look at the real world consequences of these kinds of laws.
Here's a story from Utah about one of the results of the state's girls track and field competition:
After one competitor “outclassed” the rest of the field in a girls’ state-level competition last year, the parents of the competitors who placed second and third lodged a complaint with the Utah High School Activities Association calling into question the winner’s gender.
Congratulations unnamed female athlete! For your dominance in your sport, you win the chance for the state and your school district to dig through your records to prove that you have always been a girl.
The girls showed excellence in her sport, so disappointed competitors can go ahead and make the accusation and she then has the burden of proof to show that she is and has always been a female.
Might have been worse if she were in Ohio, where the House advanced the Ohio version of a Save Women's Sports Act that allowed losers to burden winners not just with the burden to prove their adequate femaleness, but to do it by way of testosterone levels, dna testing or "participant’s internal and external reproductive anatomy." Congratulations on your win, Bethany. Now, the state needs you to submit to a little physical exam.
That goodness Governor DeWine saw through to the real issue here:
The welfare of those young people needs to be absolutely most important to this issue, whether that young person is transgender or not.
He vetoed the bill.
Other states have shown less restraint. Oklahoma, for instance, did get a Save Women's Sports Act passed into law. That one gives any female athlete who thinks she's been boxed out or beaten and deprived of benefits to sue the school, and she's got up to two years to sue. Oklahoma's law doesn't offer any guidance about how the school is supposed to defend itself in court and what demands for "proof" they can place on their athletes.
South Carolina has one of these laws, too., basically identical to Oklahoma's. And even the feds were trying to get in on the act at one point.
These laws are a perfect example of how focus on ideology ends up creating a huge mess for real human beings. Every one of these laws becomes a tool by which successful female athletes can be harassed, a whole new way to take revenge on Suzi because she beat your beloved child on the field. And the more excellent and dominant the female athlete is, the more she makes herself a target for this sort of thing. Not a great way to "save" women's sports.
Posted by Peter Greene at Sunday, August 21, 2022
Email ThisBlogThis!Share to TwitterShare to FacebookShare to Pinterest