What Does Moms for Liberty Really Want?

As folks in Florida--the steaming petri dish in which Moms for Liberty originally grew--it's important to remember the third founding member of the group.

"Founded in January 2021 by Tiffany Justice and Tina Descovich, Moms for Liberty" is the pretty standard version of their one-line origin story. Descovitch and Justice make a fine pair of faces for the group--two moms who ran for their school boards, won once, and then once they had a track record, were rejected by voters a second time. 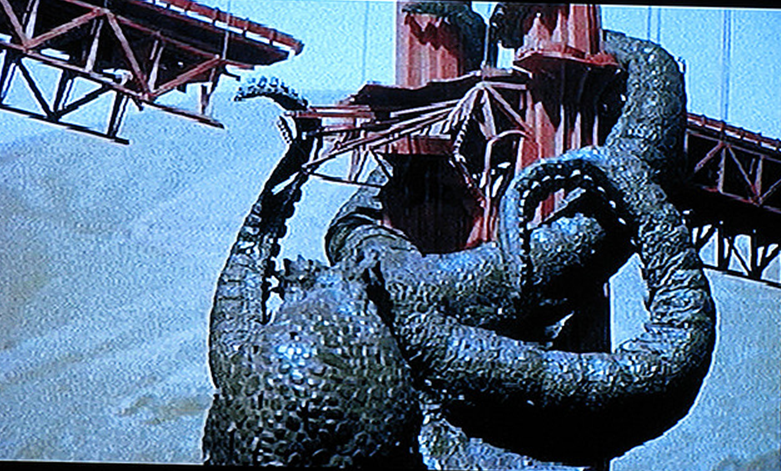 M4L took a few months to find their footing, aka the issues that they could use to fire folks up. They got into the game by flogging masks, but quickly circled around to "CRT" panic, ferreting out naughty books, and anti-union grievance, all under the umbrella of parental rights. They added a seasoned PR pro in Quisha King (former regional coordinator of Black Voices for Trump), and they also moved pretty quickly to mute the involvement of the third founding Mom.
That's Bridget Ziegler. Ziegler squeaked out a victory for Sarasota School Board in 2018. Ron DeSantis thinks she's swell. And she's married to Christian Ziegler, who just decided not to run for re-election to a county commissioner seat because he'll be busy helping his wife and DeSantis each run their own campaigns (that and new rules that would have made it harder for him to win). Ziegler has some other gigs as well-- vice chairman of the Republican Party of Florida and head of his consulting firm Microtargeted Media LLC.
Christian Ziegler told the Washington Post that he has been "trying for 20- and 30-year old females involved with the Republican Party, and it was a heavy lift to get that demographic. But now Moms for Liberty has done it for me." That was in October of 2021, when Ziegler's involvement had gone quiet; Tim Craig at WaPo reported that Ziegler's wife was "loosely" connected to M4L--not that she was a co-founder of this group that emerged to accomplish just what Ziegler had long searched for a tool to accomplish.
Christian Ziegler's Microtargeted Media ("We do digital and go after people on their phones") was a big player in the 2020 Florida race, on the ground for Trump and other GOP candidates. He pulled in $300K from a Trump-related PAC. He was once a Heritage Foundation Fellow. He's buddies with Corey Lewandowski. He appears to be behind the Protect Wyoming Values PAC (a Trump anti-Liz Cheney proxy), Governor Kristi Noem's election integrity website, and a bunch of other conservative Trump-backing websites. You may remember Andrew Pollack, the Parkland parent who came out against gun control and in favor of hardening the target, getting an invite to Trump's White House among other places. How did he get such big exposure so quickly? Let Pollack explain himself:
Just days after the Parkland shooting, Christian with Microtargeted Media reached out and offered to help guide me with my communications, press relations and he launched my social media outreach channels, giving me a vital distribution channels to get my message out. Christian also helped connect me with his network of elected leaders, so that I could advocate for and eventually pass school safety legislation. This was all done pro-bono and simply because he had a passion to help.
In November of 2021 he was telling Breitbart about the shift in Florida's GOP-Dem balance because pro-freedom conservatives were flocking to Florida out of love for the Trump-DeSantis wing of the party, damping down the Democratic majority (so, sometimes replacement is good, I guess). His critics have called him an "empty-suit candidate" backed by developers' dark money.
All this for a guy who, in 2017 at the age of 29, was a "30 under 30 rising star of Florida politics." In that interview he told an admittedly cool story about meeting GW Bush on a plane at age 9, and opined about the importance of integrity and honesty in politics. He particularly admired business owners turned elected officials, like Medicare fraudster Rick Scott (so, wiggle room on that integrity and honesty thing).
Point is, Bridget Ziegler is married to a well-connected guy who would like to bag some votes for GOP candidates.
Moms For Liberty is very much a GOP joint. There was a time when they tried to lay claim to bipartisanhip; not so much these days. They even won an award from the Heritage Foundation. And they're backing parental rights, but Florida-style, as in all parents have rights to make choices about their children's education as long as the choices are acceptable. Parents should not be free to choose drag queen shows or Certain Naughty Books or a school with anything carrying the faintest whiff of "CRT" Justice has said that they're going to "take over" school boards and then fire everyone and get search firms to find new conservative leaders.
I've seen choice fans argue "Hey, wait a minute, I thought the idea is parents could choose what they wanted," and no, that's not the idea at all, and I can almost feel bad for actual school choice advocates who have hitched their wagon to people like M4L who use the same language to mean something completely opposite. Choice MAGA style means choice only for the Right People-- Those Other People over there should have their preferences outlawed.
So what are Moms For Liberty really after. I'm sure that varies from place to place. I'll bet there are some local M4L chapters with women who really just want their public school to pay attention to them.
But the further back you step and the larger the picture you look at, M4L just looks like one more sucker-covered tentacle of the outrage octopus, which is not so much interested in raising problems to solve them as it is in communicating that thrumming subtext of "Your government and your institutions are filled with evil people that you can't trust, so you'd better get out there and vote." Or as Laura Jedeed wrote in May of this year about the many Moms--

All of them—knowingly or not—are part of the best strategy to win the midterm elections since the Tea Party movement in 2010.
I've often said that M4L feels very Tea Party for me-- not completely astro-turf like, say, Parents Defending Education, but definitely not organic grass roots, either. Of course, what happened with the Tea Party was that the GOP establishment thought they could use a bunch of angry yokels to power up the party, and instead they found themselves pushed to the back of the tent and before they knew it--Donald Trump!. "Let's just poke this giant octopus until it gets angry enough that we can ride it into power," they said, just before the authentically pissed-off beast took a eight-piece bite out of their establishment asses.
So hard to say what will happen this time. The plan may call for M4L to fade away, like attacking immigrant caravans and The War on Terror, once November passes and the results are in. But history (and recent history at that) tells us that even if you rouse the octopus with lies and baloney just so you can put its suckers to work for you, once it's really worked up and especially if it starts to feel powerful, you may not get it to sink back into the deep.
Which is unfortunate because M4L is doing real damage to teachers, students, public education, and the bonds of trust that help the country function. They may have been raised up to help agitate the base and win some elections; we'll see what else they decide to run at.

Posted by Peter Greene at Friday, June 17, 2022
Email ThisBlogThis!Share to TwitterShare to FacebookShare to Pinterest