The Lower Merion School District is the one that was sued six years ago for raising taxes too much. The suit has yielded the unusual spectacle of a court overruling a local school district on the matter of taxation. Now there's a new chapter in that saga. We'll look at that, but first, a little review:

As part of Pennsylvania's ongoing work to crush public education promote fiscal responsibility, for the last decade we've had the bi-partisan fiscal straightjacket that is Act 1, which declares that schools may not raise taxes above a certain index without either a voter referendum or state-level permission. Lower Merion has allegedly been going the state exception route for the last ten budgets by claiming a projected deficit that would affect pensions and special ed. Here's how the district put it in response to the decision:

In Lower Merion, recent enrollment growth has exceeded projections and the impact on staffing and facilities planning has been significant and unexpected. Additionally, the District faces increasing unfunded and underfunded state-mandated costs, including retirement and special education. Without the ability to plan ahead for its financial needs and maintain adequate reserves, the District will lose critical flexibility during a time of uncertainty and growth. The implication for school programs is enormous.
Lower Merion is one of the wealthiest districts in the state, and its budget process seems a bit....well, loose.
It would seem that Lower Merion may have the worst budget process ever. The lawsuit and the ruling both leaned on what appear to be some serious mistakes in the predicted outcome of the year:

Lower Merion business manager Victor Orlando testified that the district has between $50 and $60 million in the bank. This is in itself requires some of the aggressive accounting that the lawsuit complains about-- Pennsylvania also has laws about how much money a district can park in its general fund. But districts can get around those by parking money in designated funds ("This $20K is in our Library Doily Fund, not the general fund").
So it's not like the district didn't ask for some trouble. But the guy who delivered is a fascinating story himself.
Lord knows the world is filled with people who want to sue their school district because they think their taxes are too high. Who is this guy who actually did it? 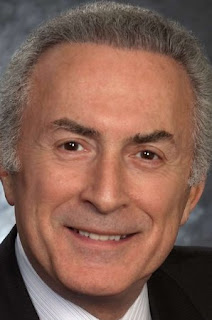 That would be Arthur Wolk. (Wolk's co-plaintiffs are Philip Browndeis, Lee Quillen, Catherine Marchand, and Stephen Gleason). Wolk is an attorney who has made a name for himself in aviation law, scoring some big-payday lawsuits against companies on the behalf of victims of various plane crashes. Wolk is semi-retired, pushing eighty, and called in this profile article a " pugnacious pit bull." And when it comes to detractors, Wolk has a reputation for libel lawsuits (you can get a pretty good picture of that image from this blog post entitled "Has Arthur Alan Wolk Finally Learned That He Cannot Sue Every Critic?" Wolk is clearly neither shy nor backward-- you can read more about him on his wikipedia page, which was set for him by the marketing company he hired to give him more web presence.

Wolk's two children did not attend school in the district, but he has a big house there and pays more taxes than he thinks he ought to. When the district's superintendent released a letter accusing Wolk of trying to establish public schools as lesser than private schools by choking off taxpayer support, Wolk replied with a letter of his own (referring to himself in third person).

There was no need for a tax increase this year or any year in the last ten according to audited statements. We have the highest paid teachers, highest paid administrators, and too many of them, and the most expensive school buildings and the highest per student cost of any place in the nation. Our school performance is on par with districts that spend half of what LMSD spends which means that the administrators have failed in their jobs and the people supposed to provide oversight, the Directors, have done nothing.

Wolk has been explaining himself on the subject for months. In May he wrote a letter to the editor complaining about the district's wild spending way, creating debt by building "two Taj Mahal high schools" along with bunches of busing.

Wolk's critics (and he has plenty) repeatedly accuse him of advocating a two tier system, with just the basics for public school students. Here's an oft-quoted excerpt from his lawsuit.

Public school education means basic adherence to the minimum requirements established and imposed upon school district by the State Board of Education, Public education is not courses, programs, activities, fee laptop computers and curriculums that are neither mandated nor normally part of a public education standard, and are normally provided only by private institutions at larger expense to individual patrons who prefer to afford their children education and opportunities that are neither required, nor offered, nor appropriate for public education paid for by the taxpayers.
The judge (Senior Judge Joseph A Smyth) in the case ruled that the tax increase was unnecessary and excessive, and he revoked it. Which is, as near as anyone can tell, unprecedented.
That was back in 2016. The district appealed, and a three-judge Commonwealth Court panel said dismissed the appeal because they filed it too late. Yippee, said Wolk. Also, Wolk said he wanted to see the district refund the extra money "or I'll sue them again for contempt." The court ruled against Lower Merion in March of 2020; the district appealed. The PA Supreme Court denied that appeal in October of 2020.
And in November of 2020, Wolk by God filed a motion to hold the district and its lawyers in contempt and also  "for the school district, its administrators and lawyers; to be fined $100,000 for every day that they do not comply with Judge Smyth’s decision and order." That's the order dated August 29, 2016, so the amount of the fine would be many millions of dollars. Also, Wolk asked for a grand jury "to investigate the fraud committed by the Lower Merion School District, its Adminstrators and Lawyers, from 2005 to the present, and to issue indictments for those found to have perpetrated, advised or sanctioned such theft.” In April of 2021, Superintendent Robert Copeland announced his intention to resign; Wolk filed suit to cut off his pension. One gets the impression that Wolk is pretty angry.
Now, finally, the whole business seems to have reached a conclusion; the district has agreed to pay $27 million back to taxpayers over a period of several years. --$15 million now, and $4 mill each for 2023, 2024, and 2025, all to anyone who owned property in the district in August of 2016. There's never been anything quite like it in Pennsylvania, and I'm not sure what lesson anyone has learned other than A) don't piss off Arthur Wolk and B) the courts can take over a basic function of a school district if they so desire, even if the district is plenty rich.
Posted by Peter Greene at Thursday, June 30, 2022
Email ThisBlogThis!Share to TwitterShare to FacebookShare to Pinterest