PA: Mastriano Would Be A Disaster For Education

Doug Mastriano upset the GOP establishment by walking away with the Republican nomination for governor. Everyone else is going to have ample opportunity to be alarmed by this far-right Christian nationalist in the months ahead.

Mastriano is a hard-core MAGA as they come. He has been a huge promoter of the Big Lie, including a a staged hearing that allowed more air time for a parade of debunked Big Lie baloney (including a call-in from Beloved Leader). He has sworn that belief in the Big Lie will be job requirement #1 for his secretary of state. He got as bill through the PA Senate removing a residency requirement for partisan poll watchers (how could that possibly go wrong). Ban abortion completely. Unrestricted gun ownership. And his support from and for christianists is huge. 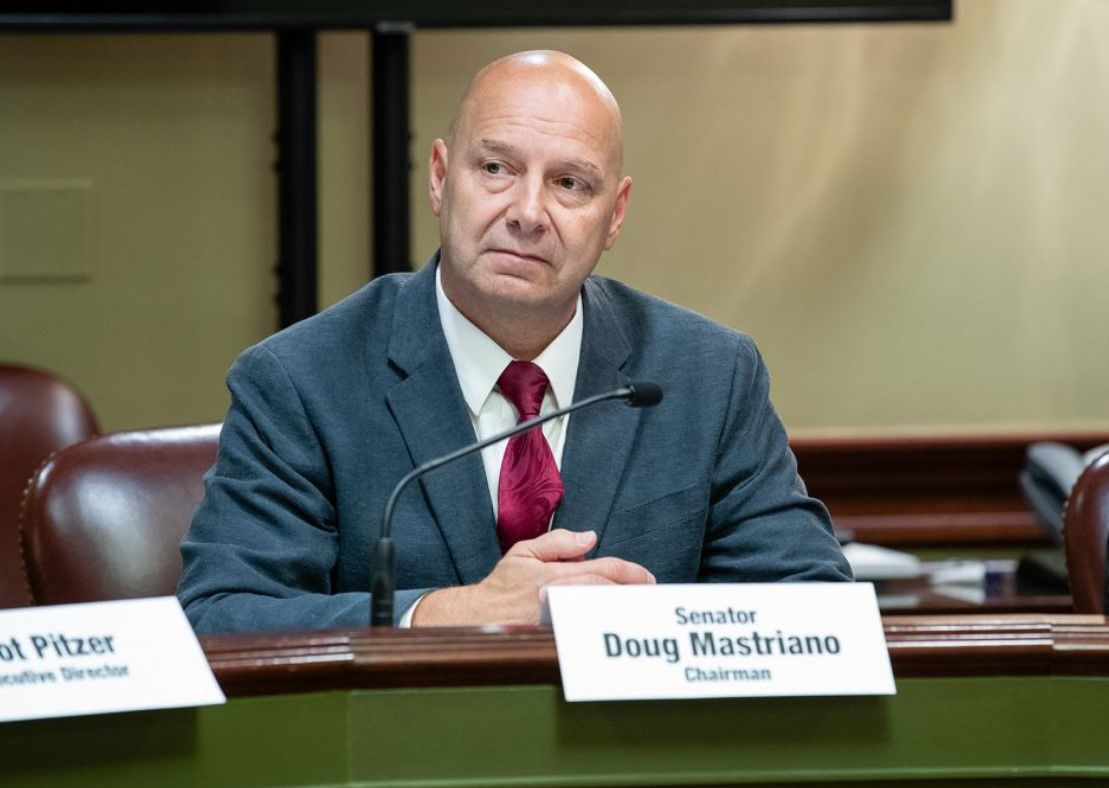 Based on all that, you can probably guess what Mastriano's ideas are about education, and I'm here to tell you that you haven't imagined anything radical enough.

In an interview, Mastriano laid out his plans. Here are some of the highlights.

Per pupil spending. Because per pupil spending varies from district to district, the average per-pupil spending estimates vary. According to the US Census, it's about $15,798. Conservative groups like to estimate it higher, the better to make the case for taxpayer relief. The right-leaning Commonwealth Foundation puts the number at $19,900. Mastriano is running with $19,000.

I think instead of 19,000, we fund each student around 9,000 or 10,000 and they can decide which school to go to, public school, private school, religious school, cyber school or home school. And the money goes to the kids. And I believe that would incentivize and drive down the costs of public education.

This idea--that about $10K ought to be enough, and by gutting spending we'll just unleash a storm of creative ways to "drive down the costs"-- is the same package that surfaced among the Free Staters of rural New Hampshire. It is, simply, nuts. There is no district anywhere in the state that is spending twice as much as it needs to just because it's not creative enough; that's why there's a long-standing lawsuit about adequate ed funding in PA winding its way through court. This is part and parcel of the far right initiative to end public education and replace it with taxpayer-funded religious schooling.

How would Mastriano accomplish this cut? By simply cutting property taxes to something between practically nothing and actually nothing. We don't need it, he argues, because private and charter schools are cheap. Vouchers will fix it. Just need a little "outside the box" thinking. This is less "outside the box" and more "dumb." We'll get into all the reason why another day, but for the moment, let's stick to just one-- since the state contributes roughly 35% of the funding for public education, ending property taxes would, in most areas, cut funding by more--in many cases way more--than 50%. Will the state be making that up? How?

Mastriano is heavy on vouchers all the way, insisting that by cutting funding, Pennsylvania will makes its schools better (based on "he just thinks so). He has some other thoughts about school quality as well

With the rise in broken homes in certain communities, more students are coming to school unprepared to learn. No amount of money is going to allow these schools to do what they cannot: fill in for disengaged or absent parents.
You know. "Certain communities." Those people.
There's more of the same. old baloney. Teachers get paid too much and schools are awash in money because of The Unions. So, trouble filling teaching positions not on his list of problems to address (but then, if everyone is schooling at home, on line, or in private religious schools, not a problem, I guess).
Would his $9,500-ish vouchers pay for a good education? Charters cost more. The majority of private schools cost more. But people who had the resources to pay the difference would do fine. People with fewer resources (you know--in Certain Communities) would be stuck with whatever bargain basement education their voucher would fund.
But that's the thing about vouchers. It's about the government washing their hands of parents, about saying, "We gave you a voucher. Your kid's education is now your problem. Go shopping in our unregulated market place, where schools may or may not be providing a good education, and schools don't have to take your kid if they don't want to! Good luck--it's your problem now."
Many observers are saying that Mastriano has no chance because he's too much of a whack job. But the signs in my neck of the woods say otherwise. And I'm sure we all remember the candidate in 2016 who was too whacky to have a shot.
Still, Tom Corbett became a one-term governor because he was stuck with the blame for a $1 billion cut in education spending; Mastriano is proposing many billions more than that. That might be a problem for him. On the other hand, from books to LGBTQ issues to anything else they can come up with, the right has been pushing hard on the idea that public education can't be trusted.
Columnist Will Bunch is concerned that more people aren't making a big deal out of Mastriano's education position, and I share that concern. Mastriano would be an absolute disaster for public education in Pennsylvania. I sure hope that people who care will be taking action in the months ahead.
Posted by Peter Greene at Sunday, June 12, 2022
Email ThisBlogThis!Share to TwitterShare to FacebookShare to Pinterest