First we'll cover what they said, then look at who they are.

In response to the SCOTUS decision in Kennedy v. Bremerton School District, in which we learned that maybe prayer led by a school employee during working hours and involving students is actually okee dokee, America First Legal issued a statement. 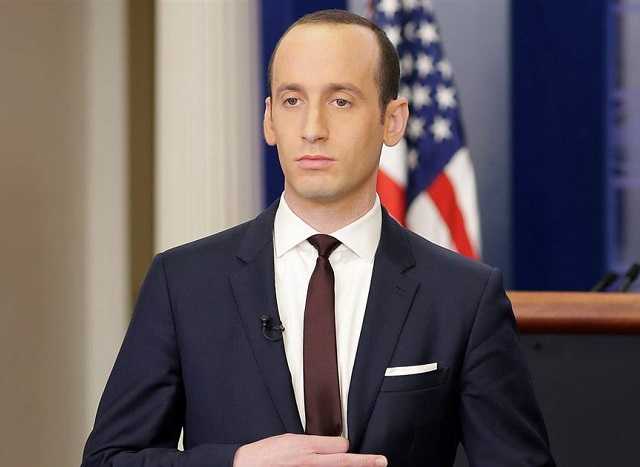 They thought the decision was great. But while other folks were content to argue that Coach Kennedy didn't violate the Establishment Clause, AFL went one better "asking the court to reconsider and overrule the Establishment Clause cases" that have caused so much grief and job loss to folks like Kennedy. In fact, even that is not enough. I'm quoting directly here so that you don't think I'm just making crazy stuff up:
AFL is hopeful that the justices will build on this ruling and eventually disincorporate the Establishment Clause, which fully protects the rights of states to decide whether and to what extent they will establish religion within their borders.
Yes, they said what they said. Throw it out so that every state can establish its own state religion.
Now, before you dismiss these guys as fringey cranks, let me tell you who they are.
AFL was established in February of 2021 by former senior White House advisor Stephen Miller and counselor to the Attorney General Gene Hamilton. They were set up to fight Democrat policies in the courts. Their board includes Mark Meadows, former acting AG General Matt Whitaker, and former director of the Office of Management and Budget Russ Vought. They were announced with great joy and fanfare on the right (the American Spectator called them "a light in the darkness"). Trump himself gave them an endorsement. The Conservative Partnership Institute (a Jim Demint joint that's part of the State Policy Network) also takes credit for helping create AFL.
Their stated mission is, in part,
We founded America First Legal to save our country from this coordinated campaign. With your support, we will oppose the radical left’s anti-jobs, anti-freedom, anti-faith, anti-borders, anti-police, and anti-American crusade.
They want to preserve "the system our Founding Fathers established." If you're wondering how "disincorporating" part of the actual Constitution fits with that, as near as I can tell, they're going with the idea that the federal government isn't supposed to establish a religion, but the states should be totally free to. No word on whether they'll argue that states get to decide "free exercise" as well.
So if you're wondering what might be coming down the SCOTUS disassembly line next, keep your eye peeled for this one. Yikes.
Posted by Peter Greene at Wednesday, June 29, 2022
Email ThisBlogThis!Share to TwitterShare to FacebookShare to Pinterest