So here comes yet more panicky news from NWEA, hollering that Learning Loss is consuming New Jersey. It is, in many ways, baloney. First, everyone keeps ignoring the loss of standardized test prep and practice that is a factor in test results, and second, the Learning Loss here is reported based on what NWEA imagines the scores on last years test would have been had students taken them.

I'm a little tired of pointing out the many, many, many problems with the continued chicken littling about Learning Loss, pushed most often by people who intend to make money by selling a solution.

We are being subjected to a constant crisis narrative, and as well chronicled in this post at Your Contractual Obligations, certain folks have been trying to drive education in a particular direction for decades, using a tale of impending doom soaked in deficit language. The great Pandemic Learning Loss tale is the same story, with one critical difference. 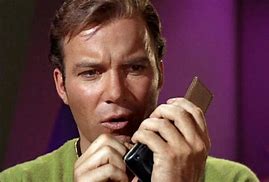 All previous crises, from the handwringing of Why Johnny Can't Read to the imminent national collapse of A Nation at Risk, have depended on a manufactured problem. NCLB and RttT made the crisis manufacture process more efficient, by requiring test scores that could be then used as "data" that "proved" what dire straits the country was in.

What's new this time is that there is some basis in objective reality.

There's no reason not to believe that students mostly learned less last year than in a "normal" year. When people squawk about Learning Loss, they're not making up an issue out of thin air. As education crises go, that's kind of a first.

Dealing with that reality is turning out to be a challenge that the world of policy and edu-business is ill-equipped to face.

First, we don't know exactly what the problem is. Edu-pundits keep calling for data and measurement, but we don't have an instrument to do that. We've wasted the past couple of decades developing Big Standardized Tests that serve no real purpose except as a tool for policy makers--not educators. A bad measure of some math and reading multiple choice questions is not going to give us a full picture of where students are educationally (and it never has). We've been using a foot-long wooden ruler to measure clouds, and now that we'd really, really like to get an accurate cloud measurement, all we have at hand is a crappy useless box of rulers.

Teachers know--or will know, after a few first fall weeks--what specific students need. Some parents know. But none of this helps bureaucrats and politicians set global policy and objectives.

So we don't know on a large scale level what, exactly, students are missing. And we have a batch of bad solutions for filling the gap.

Accelerate. Sure, teachers will all just somehow teach a lot more, faster, because they've always been able to do that--they just chose not to.

Tutoring. The idea of tutoring is sound enough, but the number of people required to tutor 55 million students (give or take a few million) is daunting. Not to mention training and paying them.

Teacher differentiation. Best shot we've got, since teachers do it already. But every week filling up last year's gaps is a week less spent on this year's usual material. Meaning that even in a best case scenario, the pandemic pause will ripple on through the coming years. Remember--this year's high school seniors haven't had a "normal" year since they were freshmen.

Do some big outside the box thing. Now is a good time to question some of our assumptions about what public education needs to look like. Just don't imagine that you are coming up with some cool idea that will Totally Fix Everything.

There's a lot of raging and anger about this, and it just like the raging about masks and vaccinations and the prospect of more pandemic disruption in the fall, in that they all boil down to simple gut-level cry of "I don't want things to be the way they are!!! I want to do something to make them Not This Way!!"

It's education's Kobyashi Maru. In Star Trek, a training exercise in which all options are bad to serve as a test not of how trainees can come up with wins in a no-win scenario, but to see how they would deal with it. We can't make the gappage not be there, and there is no simple program that will suddenly reset education and students to the place they would be in some imaginary non-covid alternate universe. Some of us are not dealing with it well; instead, they're getting kind of ragey.

Raging at people because they will not create/implement any such magical fix won't help. It especially won't help if one's version of raging is to try to spur people to action by trying to raise the panic level ("An entire generation of students is falling behind and they will all end up jobless and eating dog food off a hot plate while living in a van down by the river!!") Nor does it help to get personally angry at people because you've convinced yourself that they could Fix All This but they just won't, perhaps for nefarious reasons.

The pandemic pause happened. The interruption of "normal" schooling happened. Most students missed out on some stuff. Nothing is going to change any of that.

There will not be a single Big Fix for this, which is actually true of every education issue ever, though people tend to forget it. The good news is that humans are actually pretty resilient. It's also useful to remember that the whole list of standards that students Have To Meet by a certain grade are relatively recent, and many students have already met the standards for their age from a generation ago; your state standards were not lowered on stone tablets from a burning bush, but were made up by some guys just a decade or two ago. And some benchmarks, like "read by third grade = later success," are matters of correlation, not causation. Many of the factors that drive markers, like high scores on the Big Standardized Test, are not school-related at all, which is one reason why all of this mess will probably hit poor students harder than wealthy ones.

No single Big Fix. Just steady dogged work to help our nation's young humans, student by student, to get back in educational gear. And it won't help any of them if folks insist on freaking out.

James T. Kirk dealt with the Kobyashi Maru by cheating. We don't have that option. We can, instead, suck it, take a deep breath, hunker down, and do the painstaking work. And that will still be true whenever the pandemic pause finally ends.

Posted by Peter Greene at Friday, August 06, 2021
Email ThisBlogThis!Share to TwitterShare to FacebookShare to Pinterest