PA: One District (Mostly) For Sale

Chester Upland is a district that has struggled with issues and money and racism for decades; they are the history of every problem facing public education in the last century, right up to and including the gutting of a public education system by privatizing charter operators. Poorer and Blacker than all surrounding districts, they have suffered through one damn thing after another. 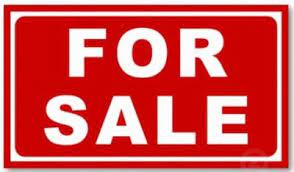 Chester Upland School District has been under the state's thumb via a declaration of financial collapse for about a decade. The court has been in charge of the district, and has okayed the idea of letting the charters that have drained the districts of resources go ahead and buy up the last of the bits.

It's hard to track everything that has happened because so little of it has happened in public view, but three charter organizations have now submitted plans for partial charter takeover of the district's schools.

The three proposals were pitched at a meeting that was presented in person and on line, and critics of the plan were not impressed.

Harris indicated Thursday’s presentation was designed to communicate Friendship’s philosophy rather than what could be read about the plan elsewhere, while GLA CEO and Principal of GLA Southwest Tamika Evans said this was essentially a first meeting with the community.

But Public Interest Law Center attorney Claudia De Palma, who represents four district parents and an advocacy organization, noted this was the only scheduled meeting where community members could probe the proposals being made.

“I think most people expected it to be a bit of a sales pitch, but I expected it to be a more specific sales pitch and it wasn’t even that,” she said. “If the good faith intention is to at least inform the community … then you need information, which is really the bare minimum. It just feels like it keeps getting kicked down the road.”
Charter operators are still pretending this is not a takeover (the CEO of the leading charter group (Chester Community Charter School--the outfit that made Vahan Gureghian rich) says students are free to attend public or charter schools, so it's not a takeover.
Perhaps it feels like a takeover because the public has been kept carefully boxed out of the process every step of the way. Judge Barry Dozer and district receiver  (and former superintendent) Juan Baughn have made a lot of noise about transparency, but that has rarely translated into action.
"The way that the order was ordered was that the proposals weren’t going to be coming out until after the recommendation was made, which was obviously after the presentation,” said [Public Interest Law Center lawyer Claudia] De Palma. “If the point was actually to allow the community to ask questions about the proposals, then that goal obviously was foreclosed by not providing the proposals beforehand, and if the goal was for the community to learn in the first place what the proposals contained, that was also not a goal that was met (in the meeting). Each step of the way just feels more and more like a keep-away game and not an actual effort to involve the actual community.”
Or, as one observer reportedly put it: "I sense that the orchestrators of this process may have ulterior motives for pushing charter schools that don’t include the students."
CUSD has had problems both internal and external. As a poor community, they've suffered under Pennsylvania's state funding inadequacies. Meanwhile, they have suffered internal mismanagement (right up to recently misplacing a bunch of money under as-yet-unexplained circumstances).  And CUSD is a poster child for Pennsylvania's damaging method of paying charters for handling special ed students, which not only pay charters more than the school of origin actually spends on the students, but actually compounds the difference annually.
Public school advocates in Chester Upland have long suspected that the takeover is a foregone conclusion. "Well," you may say. "That's all unfortunate, but perhaps this will finally solve CUSD'd financial problems."
That seems unlikely for two reasons.
First, the plan seems aimed toward delivering the elementary schools to three different charter operators, creating a three-way competition for market and funding. CCCS is the 800-pound gorilla in town, meaning the competition will be lopsided from Day One.
Second, the discussion of a takeover of the district really is, in an important sense, inaccurate. Because nobody wants to take over the high school. That means the charter-run elementary schools will be draining resources from the district and the district will, in turn, have to run high school education with whatever is left. That also presents some logistical and curricular issues--imagine a high school that gets all of its students from a different district entirely. Maintaining any sort of consistent, coherent K-12 program will be impossible.
It's a wretched mess, and it doesn't appear that anyone in a position of power is interested or stopping or even slowing the privatization train. And CUSD gets to demonstrate yet one more way that a pu blic school district can be run through the wringer.
Posted by Peter Greene at Tuesday, May 18, 2021
Email ThisBlogThis!Share to TwitterShare to FacebookShare to Pinterest