I live in Northwester Pennsylvania, and this is Trump country. We've got a GOP controlled legislature and a Democratic governor, and a great deal of contentiousness stemming from that situation. And in the recent primary election, voters passed a constitutional amendment that de-powered the governor in the case of, say, a massive pandemic and gave emergency powers to the legislature instead.

Though we don't have many votes to offer up here, we make a good place for conservative candidates for state office to try out their road show, because lots of folks are gunning for the governor's seat.

As with most states, there are peculiarities that apply only to this state (e.g. the ongoing feud between Philadelphia and the entire rest of the state). But it's still a good place to spot some of the upcoming arguments that the GOP will use in their next election bid.

Lou Barletta just announced his run and swung through my neighborhood. Barletta was mayor of Hazleton, PA, where, teamed up with the infamous Kris Kobach, he spearheaded anti-immigrant rules that were declared unconstitutional. He then was a Us Representative for almost a decade, before having his ass handed to him by Bob Casey, Jr., in 2018. He went into private consulting, including helping boost Brexit, and he has maintained his Trumpist credentials--he was one of the "electors" who met up in 2020 to vote for Trump, just to, you know, keep options open. 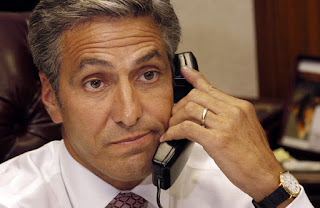 Barletta stopped just up the road from me this week, and the local paper covered the visit (paywall--sorry). Some of his talking points were the usual boilerplate. Election security--more ids, no mail-in votes. Don't defund the police. CRT and Project 1619, bad. No abortion ever. Second Amendment, good.

But there's a new talking point in his shtick. Barletta told the crowd that the state's schoolchildren had one year of education "stolen from them" by the governor's pandemic shutdowns, and nobody knows what the long term effects will be.

Fore folks who have been paying attention, this will not come as a surprise. The Great New Culture War is aimed squarely at schools, and bundles anti-masking, anti-vaxxing, anti-anti-racism, anti-unions, and anti-closing-of-school-buildings. The most extreme form of the narrative is that after Democrats cooked up a fake pandemic scare, unions forced schools to close and stay closed (for reasons that I still haven't seen clearly articulated anywhere--unions, I guess, are just evil and teachers went into teaching to not not teach), leading to Learning Loss, in which knowledge drained out of student brains even as they were being indoctrinated in the critical race theory.

So "our children were robbed" fits the program. It contributes to a certain thematic unity--the underlying theme of much conservative politicking right now is grievance over having things stolen. "They stole the election, stole our jobs and our resources, stole our freedom, and stole our rightful place in society," goes the complaint. Why not "they stole our children's education" as well.

We'll see if Barletta gets any traction and how the Battle for the Crown of Most Trumpy goes; after al, this is also the home state for Doug Mastriano, who says that Trump asked him to run.

Side note--Barletta was pretty lukewarm on charter schools. While the "we can't leave our children in failing schools" line plays okay in urban areas (aka Philadelphia and Pittsburgh), here in rural areas, charter schools are known mostly as a financial drain on local school districts and taxpayers. "We need to look at how we can change our education system and improve our public schools, especially in urban settings," he told the crowd.

But the early signs are that the GOP is poised to use students as props in the next election go-round, and teachers and their big, evil unions as part of the giant probably-Marxist conspiracy to steal America. Hope the pandemic hasn't tired you out too much, because there's no rest in sight.

Posted by Peter Greene at Friday, May 21, 2021
Email ThisBlogThis!Share to TwitterShare to FacebookShare to Pinterest