You may recall that Parents Defending Education recently burst on the scene as the latest education astroturf, this time tilted hard right. Their battle against "indoctrination" in schools now includes a new weapon--a poll, which they're touting under the headline "Americans Overwhelmingly Reject 'Woke' Race and Gender Policies in K-12 Education." (Have we reached the point yet where "woke" is used like "politically correct"-- only by people trying to denigrate a straw version of the ideas that it supposedly represents?) 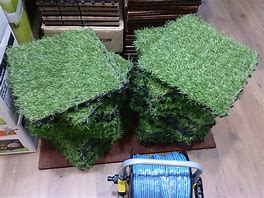 There is, of course, a fine art to writing polls, particularly if you're looking for a particular result (and it's fair to both sides that art). "Would you rather lick a toad or kiss an attractive model" becomes "Americans overwhelming dream of making out with famous models--is American marriage in trouble?" And that's pretty much what's happening here. We'll dig a bit deeper into the results in a bit, but lets look at tyhe marquee results that are being blasted across the interwebz.

The top finding is also the most obviously skewed.

25% said it was somewhat or very important for schools to “teach students that their race is the most important thing about them” compared to 70% who said this is not important or not at all important.
This is presented on a list of things "that administrators... in your area could do." The poll indicates that the items on this list were "randomized"-- it's not clear if that means the order was randomized or (as is the case in another section) that only some of the 804 responders were asked each item. The list does not include anything like "ride unicorns through the playground area," nor does it offer evidence of anyone, anywhere who is actually proposing that students should be taught this.
The next item on the list says that 87% agreed that students should be presented with multiple perspectives and not just one "that the school perceives is correct," which is a hugely leading question, but not a hugely leading as what the pollsters actually asked. Responders were presented with two opinions and asked to state "which comes closer to your own opinion." The choices:
Smith says: Because learning how to think through issues is important, students should be exposed to different opinions for and against an idea. Teachers should provide students with more than one perspective.
Jones says: Because social issues are so important and believing the wrong ideas is so harmful, students should only be exposed to ideas the teacher or the school believes are correct.
Note that Jones says students shouldn't even be exposed to the ideas, thereby guaranteeing that this will come close to what practically nobody believes. Imagine if we rephrased Smith as "Students should be taught all opinions, including those that have been debunked and disproven by experts in field" and Jones said "Students should be exposed to the best, most current thinking on topics." It would cover the same issues--but it wouldn't get PDE the answer they want.
Other top findings. 52% said their local school had increased emphasis on issues of race and gender, and 57% said their local school had become more political. However, only about a quarter of the respondents have children in school. And we later learn that 42% of those do not know whether their school is teaching social, cultural, and race-based topics "in the traditional way" (whatever that is) or not. Only 29 parents believe their child is being taught in the "new way." 29. And yet somehow over 400 people are sure that there's a rising tide of woke-itude in their local schools.
74% are somewhat or strongly opposed to schools teaching that "White people are inherently privileged, while Black people and other people of color are inherently oppressed and victimized." The press release leaves out the word "victimized," which strikes me as a key word triggering a negative response here. This item was only given to 641 of the respondents; meanwhile, only 6.8% of the total respondents were Black. They also tout 88% opposing "assigning white students the status of 'privileged' and non-white students the status of 'oppressed'," --asked only of 491 of respondents but again, where is that happening? What does it even mean--"assigned status."
The press release marks that 69% oppose schools teaching that "America was founded on racism and is structurally racist," but that's not the whole item in the poll--the whole goes on to include "and that racism is the cause of all differences in outcomes and achievement between racial groups." which pretty much guarantees the answer they're after.

75% oppose teaching there is "no such thing as biological sex and that people should choose whatever gender they prefer for themselves" makes it into the press release, but the part that charges it up with "and that concepts like male and female are outdated" does not.
Finally, the press release mentions that 80% oppose "the use of classrooms to promote political activism to students." The actual polling item is more specific asking if schools should "Promote social justice political activism in the classroom by making protest signs and banners, conducting walkouts, and awarding course credit to students who engage in political protests and activism."
There are some items that didn't make the press release, such as  asking if schools should teach "students that the United States was stolen from other people and inform them the school they attend and the houses they live in are built on stolen land." Even with that loaded language, only 56% were strongly or somewhat opposed.
The biases otherwise revealed are unsurprising. The majority of respondents favored capitalism, Abraham Lincoln, Martin Luther King (who appears without "Junior"), the Founding Fathers, and local schoolteachers. They do not favor socialism and cancel culture. The most-watched news source that was reported is Fox. 47% conservative vs. 32% liberal.
The poll was conducted by Competitive Edge Research & Communications, a firm that is about polling and PR-- "Our grassroots campaigns seek to influence public decisions by finding supporters and activating them." Their clients include politicians whose campaigns they helped push to victory.

And if some of the items on the poll seem improbable in a straw man, nobody is actually doing that kind of way, remember that push polling is a thing. Remember that in a push poll the idea is not to measure opinion, but to plant the idea that something is going on. One infamous example would be the push poll in the South that asked "Would you be more or less likely to vote for John McCain...if you knew he had fathered an illegitimate black child?" Thereby pushing the idea that the McCain's adopted daughter was really his love child.
This PDE poll is a fine example of a poll created to help folks make a point they already intended to make. PDE president Nicole Neily offers this summation in the release:
The results of this poll confirm that the campaign by extremists to transform our schools into political activist training camps is deeply unpopular among Republicans and Democrats alike, with only a narrow sliver of the farthest-left voters viewing ‘woke’ education favorably. This poll is a shot across the bow at those school districts, school boards, state legislatures, and governors who have either implemented ‘woke’ policies in schools or stood by while activists did so. Dividing our kids and communities based on skin color is abhorrent and has no place in America. Those who do so will be held accountable.
Bark loud enough and hope that people will start to believe you're a big dog. But there's nothing here that PDE wasn't already asserting repeatedly. Just some polling numbers to help make it look true.  It's unfortunate, because the issues here are complex, complicated, and requiring a great deal of nuance and understanding of the local picture on the ground. But conservatives are pushing this hard all across the country (perhaps on the theory they need something more base-activating than Joe Biden, and culture wars have never failed them before). We do have a lot of race and gender and class and culture issues to work out; none of what the PDE does here is particularly helpful; just using some astroturfing to shore up political operations.
And meanwhile, at the bottom of the press release, there's PDE's handy form for turning in any indoctrinators that you've heard about in your neighborhood. Don't worry--you can put on your brown shirt anonymously while you nominate someone to be canceled right into a re-education camp.
Posted by Peter Greene at Monday, May 10, 2021
Email ThisBlogThis!Share to TwitterShare to FacebookShare to Pinterest