No, I don't have a new one. But my newest grandchild is in town, so I get to see him for the first time in a year. A photo of his extreme cuteness to follow, but you'll have to scroll past this list of reading material from the week.

How College Became a Ruthless Competition Divorced From Learning
In the Atlantic, Daniel Markowits has written a piece that will repeatedly having you yell "Yeah!" and trying hard to decide which quote to pull. Marriage, Jane Austen, educational hierarchies, elite schools, meritocracy, rankings and ratings. This is your "if you only read one selection" selection for the week.

4 Ideas about AI that even Experts Get Wrong

Yes, I know I share lots of AI articles, but you have to remember that this is the stuff that certain people want to take teachers' jobs, and we should be paying attention.

Nancy Flanagan as usual provides a thoughtful look at the hot topic of the day.

While we're at the Atlantic, look at this Adam Harris piece explaining how a fifty year old academic theory has become central to the GOP's latest round of fearmongering.

Michael Harriot at The Root did exactly this, and it's a pretty stark, clear reminder of how much the 1619 project diverges from traditional school history texts.

The state of PA is looking to downsize its (very expensive) system of higher education. Economists predict that results will not be pretty.

This is a map of America's broadband problem

Not actually an education article, except that it is, because broadband problems are education problems.

I spent a year and a half at a no excuses charter school. Here is what I saw.

Joanne Golan writing at the Conversation. Blunt and to the point.

After a high point in the Obama administration, philanthropies no longer drive education policy

Matt Barnum at Chalkbeat offers a view of how the philanthropic landscape has changed in educationland. Interesting viewpoint.

What Black Men Need From Schools to Stay in the Teaching Profession
A useful and insightful interview with three Black teachers over at EdWeek
The invisible tax on Black teachers
Rann Miller talks about the extra weight that Black teachers are asked to carry, and how that is tied to keeping them in the classroom. At the Philadelphia Inquirer.
Now, as promised. Yes, he's adorable. 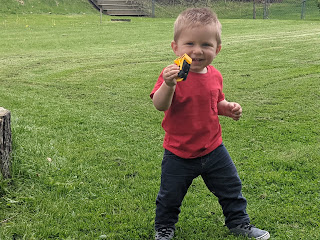 Posted by Peter Greene at Sunday, May 16, 2021
Email ThisBlogThis!Share to TwitterShare to FacebookShare to Pinterest