I've been following the story of Chester Upland School District in Pennsylvania. It's a long history featuring every imaginable problem that could afflict a school district. Currently the district is facing a charter takeover and a mysterious stack of vanished money.

The following post was sent to me from inside the district and written by a teacher who prefers to remain anonymous. It provides a picture of some of the issues within the district. 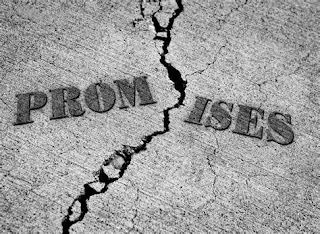 Promises made, broken and never even acknowledged…

This letter is penned from the desk of a frustrated and exhausted teacher within the Chester Upland School district. For months, if not years now, the district has made headlines in many news outlets for a variety of positive and challenging stories. The district has found itself under watch and scrutiny over the years, but this year seems to be holding nothing back. Surprisingly I have to write this to shed even more light on the conditions and lack of care by the district for its students and staff.

Let’s start with the Chester County Intermediate Unit. In the fall of 2020, the CCIU was awarded a 3 million dollar, 3 year contract to help oversee departmental operations of CUSD to aid in “righting the ship” (pun intended with regard to CHS Mascot). CCIU recently announced they are redacting from the district and severing all professional working relationships under that contract effective June 30. No formal acknowledgement has been made as to why but the writing is surely on the walls. They were not afforded full compliance to work within the district’s endless void, also called the budget. This budget has been the hotbed of issues for years. With poor management, lack of funds, and endless debt, it seemed to run like a teenager at a mall with a limitless credit card. The accountability and compliance were back-burnered in lieu of hiring people who obviously were not right or experienced in the position, unless this abyss of funds was created by more deceptive practices. With CCIU came some outside eyes on this issue and hope of getting this growing “red” to level out and work into the green. Either way, no one has issued a formal statement stating this separation but the separation was verbally shared by staff at the CCIU with CUSD staff.

On to the next topic, the lack of cleaning by CUSD and removal of their auxiliary cleaning contractor. Up until March 30, the district was contracting Service Master for cleaning services to ensure the district was in compliance of CDC/ChesCo Health Department regulations for opening the buildings. They did provide a service and were seen present in the buildings assisting in disinfecting all areas of transition and operation. After March 30, the contract with Service Master was nulled. Why? We still don’t know as again, no formal statement was shared with anyone (staff or stakeholder), though the district received 16 million in CARES Act Funds to provide this service and assurance. Now, the buildings are left a mess, staff and students are testing positive at an alarming rate and the protocols that CCIU assured the staff and stakeholders in January seem to be gone, something quite typical of this district. Each day student’s enter as do staff to facilities that are inadequately cleaned. The custodial department at CUSD has a void of 14 staffing positions and they currently rotate the small group they have throughout the 5 buildings operating in the district. Staff have pleaded to the district to reconsider keeping the buildings open as one building already lost a staff member to COVID in the fall. (He was not exposed at the district). When confronted, the “go to” seems to be, make those still cleaning just do more; problem being the buildings didn’t get any smaller and the need for a more thorough cleaning has not diminished. Though, like cows at a meat processor, we begrudgingly enter each day wondering, will today be the day we catch this illness.

Lastly, the grant funded programs…oh this issue has a year plus of conflict with it. Staff who are

working overtime in programs have not been compensated for their roles in these positions. To date many educators have been asking, repeatedly when they will see the funds dispersal for these active and very needed roles. Requests for explanation fall on deaf ears, emails are ignored, or the cycle of “you’ll have to email this person” happens. Problem is like many things, the email blame goes round and round and never finds resolve. Each role is supported by grant money, money that each month should be on an expense report showing allocation and consumption. Those are not disclosed in the fiscal reports each month. The receiver has been very good at keeping the numbers close to chest and even when in court, requests for more time to provide a more accurate audit or summation. For what the district is spending in audit reporting, maybe one day the number they pay out will graciously provide this “final” analysis of where all the money goes. Until then we as staff and stakeholders are left questioning all of it.

Similar issues plague the district for the staff to receive their Act 48 hours in order to maintain certification. Many, many hours are not logged timely. All school districts offer Professional Development with accredited hours. The hours (at minimum) should be uploaded to the PA Department of Education’s PERMS site to prevent teacher’s licenses from becoming inactive. If the district was not to offer these, the staff could schedule and take workshops and classes that offer similar hours without issue. Now, once again, the staff is left with voids of hours never uploaded or placed into the system accurately. When questioned, the short circle of people play the same unclear blame game, never solving a single thing. Clarity is almost never achieved; solutions are pretty much folklore in the district yet confusion and blame we have a decades plus surplus of and it keeps growing.

This district is rife with strain and stress. Staff is rotating in and out annually and those who are dedicated and foster a sense of hope are holding onto believing that some miracle may come and save these kids from the egregious decision making the leaders seem to be prone to. Even at the Receiver or CUSD board meetings, held via zoom, the district administration control the chat/question box and will purposely pass over questions or disregard their mere presence. Others times they will shut the chat box down, essentially muting the people who are vested in ensuring the children receive what they deserve - a fair and appropriate education, something they’ve yet to receive due to issues in the state legislature and poor administrative leadership in the district.

We have a school board that is powerless in a Receivership status but, curiously, there is money for high paid consultants and teams of lawyers. Begs the question. Why? Perhaps to ensure they can get that power back. The school board has attempted to circumvent their lack of power by creating an RFP “task force” composed of 60% of the (inactive) school board. This is a shame and a mockery of what would be considered anything relatively fair and equitable for the stakeholders. Our board president is accused of (in court) harassment and running the district like some old mafia newsstand in the 30’s. In what professional world would someone accused of years of malicious and deviant behavior be allowed to even step foot into the very business/company or grounds they work for? Why is it that more money and resources are placed into “parting out” the district then ever has been to save it? We may never know and in the end. We all have failed the very people we are here to help - the students…the kids who live

and thrive in Chester. One day they will see what was done, and by some higher power’s grace forgive the adults responsible for this calamity.

A devout and hopeful CUSD Teacher.

Posted by Peter Greene at Friday, April 30, 2021
Email ThisBlogThis!Share to TwitterShare to FacebookShare to Pinterest