When Bill Gates Shows You Who He Is...

This recent article from the New Republic is a bit of a slog if you have not become a student of the various attempts to create covid vaccines, treatments, etc. But it hinges on two factors that matter a great deal in education-- intellectual property and Bill Gates.

It comes, coincidentally, right around the 68th anniversary of Jonas Salk's creation of the polio vaccine, a hugely valuable piece of intellectual property that Salk famously gave away. "There is no patent. Could you patent the sun?" Salk said. It seems like an obvious approach, both because Salk's work depended on tons of money contributed by folks and because a public health problem would seem to call for a public solution. 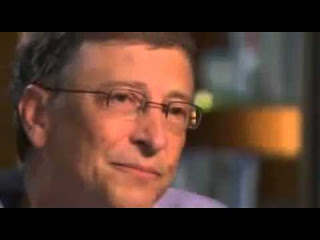 As Alexander Zaitchik reports it (and I'll now summarize), that was how the covid response story started, almost. Early in 2020, there was talk of open science, pooled resources, no-profit approaches. The world needed a solution, and quickly, and the barriers of intellectual property ownership shouldn't stand in the way.

That lasted till about April. Gates became involved, touting a public-private "charity" with IP rights and monopoly medicine respected and Gates in charge. Some folks warned that there could be a dual crisis of supply and access. But--

Gates not only dismissed these warnings but actively sought to undermine all challenges to his authority and the Accelerator’s intellectual property–based charity agenda.

“Early on, there was space for Gates to have a major impact in favor of open models,” says Manuel Martin, a policy adviser to the Médecins Sans Frontières Access Campaign. “But senior people in the Gates organization very clearly sent out the message: Pooling was unnecessary and counterproductive. They dampened early enthusiasm by saying that I.P. is not an access barrier in vaccines. That’s just demonstratively false.”
But the Gates set-up hasn't performed well, and Gates himself appears to have shown his usual inability to acknowledge any errors in his own thinking.

In interview after interview, Gates has dismissed his critics on the issue—who represent the poor majority of the global population—as spoiled children demanding ice cream before dinner. “It’s the classic situation in global health, where the advocates all of a sudden want [the vaccine] for zero dollars and right away,” he told Reuters in late January. Gates has larded the insults with comments that equate state-protected and publicly funded monopolies with the “free market.” “North Korea doesn’t have that many vaccines, as far as we can tell,” he told The New York Times in November. (It is curious that he chose North Korea as an example and not Cuba, a socialist country with an innovative and world-class vaccine development program with multiple Covid-19 vaccine candidates in various stages of testing.)
Oh, that quote. They want the vaccine for "zero dollars and right away," as if it is absurd to question the foundational belief that whatever it is that people need, somebody should own the solution (and be making money from it), and those ownership rights outweigh other concerns.
In retrospect, one can see this devotion to IP in the Gates backing of Common Core-- a set of standard that for some reason had to be owned by someone (copyrighted by NGA and CCSSO) as well as inviolate (remember that nobody is "allowed" to modify or change the standards). And of course the underlying idea that Common Core could save US education, but that a whole lot of folks (textbook companies, test manufacturers, tech companies, etc) would rake in a mountain of money doing it. You throw in some charitable giving to provide ground cover by throwing a few bones to some of the people who are too poor to play in the carefully gated market you've created.
I could argue that Common Core failed not just because it was inflicted top down, but because it was presented in such a calcified form, neither suited nor intended for input from anyone else at all, that it could not adapt to actual classroom conditions. Of course, teachers adapted it anyway, creating a bizarre world in which Common Core is both everywhere and nowhere, it's concrete-laden standards still in books and on wall posters, even as teachers have rewritten it into something else.
This is where I tell you, again, to read Anand Giridharadas's Winners Take All, which ably dissects the mindset of Gates and his ilk. When we start with the premise that everything has to be part of a market world approach, that there are no public goods--only goods that the market makes available to the public--then it's inevitable that we will fail to improve education in any meaningful way. For many, many reasons, not the least of which is that the poor who are most in need of improved public goods are least able to bid for them in the marketplace, and the largesse of oligarchs will always be both misplaced and insufficient.
Gates doesn't know education, doesn't understand it, and year after year has shown that he's not learning anything. That could be because his map of the world is simply faulty, because his foundation is that every idea should have an owner, and that owner should retain control over their intellectual property.
It's a particularly weird idea to port into public education, where so much of what teachers known and do is essentially open source. I once had a colleague who guarded her class worksheets jealously and wouldn't share with other teachers,, and in thirty-nine years of teaching, she was the only teacher I ever knew who did that (and raised quite a few eyebrows doing it). You share what works, much of which you know because someone shared it with you, because no decent teacher would say, "I know something that would help your students understand, but I'm not going to share it because it's my own intellectual property." It is hard to conceive of someone whose devotion to IP is so great that he would say, "Well, maybe those poor people don't want to die, but we've got intellectual property rights to think about here." If Bill Gates ever wants to be a force for good in US education, he'll need to come back from whatever planet he's on and at least visit us for a few weeks on this one.