That's because in some states, a charter cannot open without the authorization of the local elected school board. This means the local board is deciding if they would like to have the taxpayers foot the bill for opening a new school in the district, which is generally a tough sell. 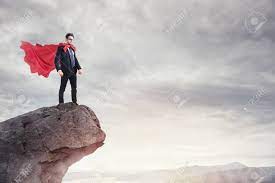 Charter advocates have found a few ways around this. One is to throw weight and money behind candidates in local school board elections with the idea that once elected, these individuals will say, "Never mind the taxpayers or the public schools--I want to see more charters open here." The downside for this approach is that there's always another election coming.

More popular, or at least more effective for charter proponents, is to get the law changed. Right now, Florida, Iowa, and Texas are all looking at ways to get that whole pesky democracy thing out f the way of charter school entrepreneurism.

In Florida, the legislature would like to expand the power of universities, so that they can authorize charter schools on their own, with or without the agreement of the local school district. Texas has taken another route by making the State Commissioner of Education the super-powered uber-authorizer of charter schools; only a super-majority of the State Board of Education could overrule him. In Iowa, where the GOP is working hard to make more of that sweet sweet education money available to charter profiteers, the authority to okay charters may end up with the State Board of Education.

If you're wondering what the theories behind these bills might be, what principles lead one state to empower the State Board while another state aims to cut them out of the equation, I believe the principle involved here is "Let's empower whoever is most likely to let charter operators do as they wish."

The modern school choice movement continues to have a problem with local control and democratic processes. I'm not going to argue that such things are infallible; unimpeded local control has given us no end of ugly treatment of the non-white and non-wealthy citizens.

But circumventing democratic processes in order to ease the launching of private businesses fed with public tax dollars is deeply undemocratic. It is literally taxation without representation, presenting local taxpayers with the bill for a school over which they have no direct or indirect control, no say, no list of people they can call to complain.

Choice has had to circumvent democracy to survive. Vouchers virtually never pass as ballot measures, so now legislatures will ty to install them anyway. Charters continue to get their businesses launched by coming up with ways to circumvent democracy. Beyond the immediate problems of that anti-democratic approach, one also has to wonder--if charter culture is built on the idea that local, democratic voices are to be ignored and overcome, rather than respected and partnered with, what does that tell us about how they will deal with staff and students? If the North Star of the movement continues to be the heroic visionary CEO who isn't held back by any dumb rues and who doesn't have to listen to anyone, what message does that send to the taxpayers, teachers, and students who are among the people who don't have to be listened to?

Watch for these laws in your own state (they may already be there) and ask-- why should charters be given access to taxpayer dollars when they won't actually deal with the actual taxpayers?