There are, apparently, three siblings in the Gogy family-- pedagogy, andragogy, and heutagogy.

Pedagogy you already know, at least in some vague way. Andragogy is the method and practice of teaching adults. Heutagogy--well, heutagogy is a made-up word. Miriam-Webster hasn't heard of it. The word was coined in 2000 by Stewart Hase and Chris Kenyon "to describe self-learning independent of formal teaching." Those two scholars were, at the time, at Southern Cross University in Australia. 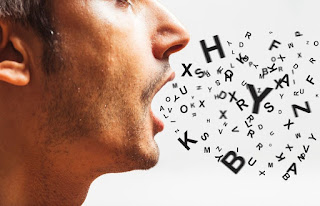 That short, simple definition suggests why the term has been gathering steam over the past several years (a Google Ngram search shows an almost uninterrupted explosion of the term's use). If someone in your immediate vicinity starts using it, should you be alarmed? Well.....

On the one hand, learning-directed learning is pretty much what most grown-ups do. If I want to learn about something (like heutagogy), I start digging and reading and asking and cogitating. It was one of the things my liberal arts education explicitly aimed to do--to set me up to be able to teach myself whatever I wanted or needed to know for the rest of my life.

But that's as an educated adult, and some heuta-fans are clearly intending that a heutagogical future should be in the cards for learners of all ages. And some of their materials are not entirely encouraging.

For instance, there seems to be a tendency to stack the three Gogy siblings and simplify their explanations in ways that feel like: peda is the sage on the stage, andra is the guide on the side, and heuta is fly free and follow your educational bliss. Here's instructional coach Lauren Davis: