I am not making this up.
Idaho Lt. Governor Janice McGeachin has announced the formation of a Task Force to Examine Indoctrination in Idaho Education.
You can go to an honest to God state website page where you can turn in an educator who is doing Naughty Indoctrination Things.
“One of our primary goals with this task force is to give concerned citizens a voice regarding education in Idaho,” said Lt. Gov. McGeachin. “If you, your child, or someone close to you has information regarding problematic teachings on social justice, critical race theory, socialism, communism, or Marxism, please provide us with as much information as you are comfortable sharing.”
So if a teacher you know, or know of, or have heard about through the grapevine, or on a Facebook group, has been involved in "problematic teachings on social justice, critical race theory, socialism, communism, or Marxism," you can turn that teacher in to the state. And while the form calls for your name, McGeachin is quick to reassure the public that they can turn teachers in anonymously. 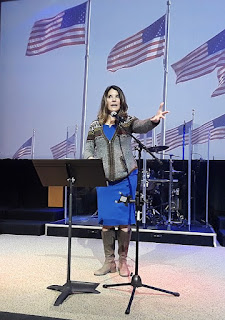 Again, I feel it necessary to point out once again that I am not making this up or exaggerating for effect (as I occasionally am wont to do). This is the official headline of the official press release from the official Lt. Governor's official office.
Idaho Lt. Governor Assembling Task Force to Examine Indoctrination in Idaho Education Based on Critical Race Theory, Socialism, Communism, and Marxism
Press Release: Idaho Lt. Governor Assembling Task Force to Examine Indoctrination in Idaho Education Based on Critical Race Theory, Socialism, Communism, and Marxism | Office of the Idaho Lt. Governor
In that release, the Lt. Governor notes “As I have traveled around the state and spoken with constituents and parents, it has become clear to me that this is one of the most significant threats facing our society today. We must find where these insidious theories and philosophies are lurking and excise them from our education system." The press release also recognizes that Idaho has company in this crackdown, with states like Florida, Arkansas, and North Carolina are also cracking down on that evil indoctrination stuff.
No word yet on whether or not people who turn in indoctrinating teachers will be given cool brown t-shirts to wear as a reward.
Note that it is still okay to teach about fascism. Hopefully teachers will be allowed to cover just enough communism so that they can talk about how this sort of widespread "cultural revolution" worked out for the Chinese. I'm also hoping that teachers will be free to discuss the relative merits of indoctrination versus an oppressive process of state-sanctioned surveillance and repression.
None of the materials indicate exactly how the lurkers will be excised--will offending teachers be sent to re-education camps, scolded severely, subjected to mean posts on Facebook, de-certified, fired, or summarily executed? One teacher in Boise has even more questions, and she seems a little angry. Sadly, there also seems plenty of support for rooting out "leftist brainwashing."
McGeachin is so far right that she clashes with the state's conservative governor (who she may try to unseat) and hangs out with three percenters as well. She, of course, also signed on to some post-election court cases in support of the Big Lie.
The ability to do the turning in of teachers anonymously seems particularly troubling. Did Mrs. McTeachalot give us bad grades on that last paper? Let's turn her in to the state. Of course, that feature also means that people could clog the system by turning in Mickey Mouse, Indiana Jones, or Lt. Governor McGeachin. Repeatedly. At this Google form right here.
Posted by Peter Greene at Sunday, April 25, 2021
Email ThisBlogThis!Share to TwitterShare to FacebookShare to Pinterest