Does Your School Suffer From Advanced Testivitis

In some quarters we seem to have cycled back around to the old argument that the Big Standardized Test provides an assortment of necessary data with no actual downside, so let's trot those puppies out here for this already-maimed year. I've spent a bunch of time talking about why the tests provide no actual benefit (here, here and here, for example), but let me take a moment to look at the other half of the problem. 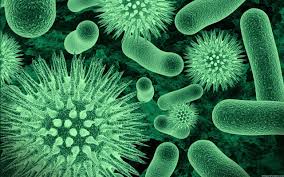 Depending on your state and local leadership, your school may be suffering from the advanced stages of Testivitis, an untreated and damaging condition that is damaging to schools and the students in them. Here are the symptoms to watch for:

Underlying most of the symptoms listed here is one major shift-- a school in the grip of testivitis is upside down. It is not run to serve the needs of students; it is run to get the students to serve the school's need for certain scores. And it will beat on those students like test-taking pinatas in an attempt to get the "right" scores to fall out. This apparently includes considering actions like requiring students to break pandemic distancing in order to come to school and take the test.

It has long been a contention of BS Test manufacturers that their products cannot be "prepped" for, but what they mean is that you can't pre-load a list of facts to get students ready. Nowadays, test prep means getting students to be comfortable with the language, style and special tricks of the tests.

That means lots of multiple choice question techniques, as well as learning about the ways that test writers will try to "trick" students with certain types of wrong answers. For instance, ELA tests in PA always included a question or two that involved a familiar word used in an unfamiliar context and a question asking the students to use context clues to determine what the word means. Not hard to manage if you're aware that questions like that turn up on the test and are meant to trick you.

A particular large and pernicious form of test prep. At some point in the last decade or two, your English classes started using drilling exercises that involved a single page of text followed by a short set of multiple choice questions. In the most advanced cases, these have squeezed out any number of full works, even complete short stories. In place of longer works, your students may read excerpted passages ("Here's a page from Romeo and Juliet"). But a large part of the class had dropped longer reflection on longer works in favor of mini-readings with dine and dash question sets.

In schools with advanced cases of testivitis, students take several tests a year, often starting out in the very first week of school (which sets a real tone about the purpose of the school year). NWEA MAP test is a popular, but there are many out there. The purpose is always to get ahead of the BS Test results, generate some data, focus some interventions. By the time you're done, you'll have sacrificed a couple of weeks of instruction time to taking these things. You will also sacrifice classroom teacher credibility, because that's who's asked to sell these no-stakes tests to students. I used to promise my students at the beginning of the year that I would never purposefully, knowingly waste their time. Practice tests required me to add an asterisk to that promise.

One by-product of all the testing is a bunch of data that teachers are required to sit and pore over, like searching tea leaves for clues about the future health of swine in Saigon. Often the data is so broad or incomplete that there is really nothing to be done except to shuffle the numbers around into different forms of graphs and charts. Sometimes the dance is all about finding a way NOT to say, "This is the part of the test that you aren't teaching to directly enough."

In a heavily infected school, students will be sorted into three groups after practice test results are used to predict their probably BS Test results--students we don't have to worry about, students who are hopeless cases, and students who are close enough to the dividing line that we might be able to drag them up to acceptable scores. The first two groups may be left along, but that third group will be targeted for "extra help."

Maybe they'll lose a study hall or recess. Maybe they'll be pulled from electives like music or art in order to get extra test prep. At my old district, a middle school principle one year pulled all targeted students from history and science classes and stuck them with double periods of math and English. This is a full-on upside down school approach, with the long term needs of the students absolutely discarded so that the school's "need" for scores can be served right now. And in severe cases, those students who show little prospect of ever getting high enough test scores will be subjected to this targeting as well.

Ignoring the Data We Already Have

In advanced stages of testivitis, only test-generated data counts. In her classroom, what the teacher gleans from her own assessments doesn't count. She may be literally required to ignore the evidence of her own eyes and operate as if the test-generated numbers are the only real truth. Florida (a state whose schools are well into the advanced stages) demonstrated this by refusing to promote third graders into fourth grade because the only data available was their grades and classwork, which showed them to be excellent readers. But there wasn't any test data for them, so, declared the school, they must be retained. A lawyer for the state department actually argued that teacher-created grades "are meaningless."

When your school has reached the point where only the Beloved Test Data should be believed, your testivitis is seriously life-threatening.

Teachers from testivitis-infested schools will recognize that up there where I described a type of BS Test question, I was actually breaching security. In advanced testivitis we find that, even more sacred than the school's need for scores is the test manufacturer's need to protect the sanctity of their proprietary materials. The argument is that it protects the accuracy of the test, but mostly it's about sparing the test manufacturers two problems. Teachers and students are sworn to secrecy; teachers are not even allowed to set eyes on test questions.

First, it spares them the embarrassment/responsibility for explaining their bad questions. For example, the infamous talking pineapple question of 2012, or that time a poet found she couldn't correctly answer test questions about poems that she wrote. Second, it saves them the expense of having to manufacture a bunch of new material instead of recycling the old stuff. The test manufacturers are pretty dogged about this; Pearson is known for monitoring and pursuing students who breach security on social media. I could show you another example, but a piece that I once wrote describing some test questions in broad, vague terms became the only post on this blog every taken  down by Google, done at the test manufacturer's request.

This has only gotten worse, with a whole surveillance industry springing up to monitor test-taking by distance learning students. Note that all of this security and surveillance activity is far, far removed from the issue of assessing students' skills and knowledge. It's all about protecting the Holy Test.

It wouldn't have occurred to me that this would even happen, but I saw it with my own eyes.

There's a problem with the BS Test and 8th graders. Maybe it's test fatigue, or maybe it's just 8th graders being 8th graders (if you've taught them and spent years enjoying their glorious beautiful rebellious anarchic nature, you know what I mean)--but 8th graders tend to have lousy BS Test results. Which means if your district has a traditional middle school with grades 7 and 8, that school is an ugly blot on your test score picture.

Solution? Re-organize your district so that your  8th graders are put under the same roof as a grade that gets better scores. Some administrator will come up with a publicly acceptable way to sell it, but the main idea, the idea that will cinch it for the board and other administrators, is that it will make the district look better on paper. It is truly the tail wagging the dog.

Testivitis was jump-started by No Child Left Behind and given a shot of disease-loving steroids under Race to the Top, and while ESEA is supposedly built to try to fight the infection, this disease has had decades to get fully rooted in schools around the country. Plenty of charter schools have been set up with testivitis built into their Day One DNA.

The Covid pandemic has provided a perfect opportunity to treat this disease--or for the disease to fatally affect a school already reeling from pandemess. The Cult of Testing claims that administering these tests is now more necessary than ever; I will continue to argue that the reverse is true--that time is precious commodity right now, and that making distance learning work requires a fanatical focus on the needs of the students, and that allowing testivitis to run rampant runs counter to both of those needs. The BS Test has become like a cancer stealing resources in a body that is already starved for them. It's time to take the cure and cut this disease out of the body of education.