AI, Language, and the Uncanny Valley

We experience vertigo in the uncanny valley because we’ve spent hundreds of thousands of years fine-tuning our nervous systems to read and respond to the subtlest cues in real faces. We perceive when someone’s eyes squint into a smile, or how their face flushes from the cheeks to the forehead, and we also — at least subconsciously — perceive the absence of these organic barometers. Simulations make us feel like we’re engaged with the nonliving, and that’s creepy.

That's an excerpt from Douglass Rushkoff's book, Team Human, talking about how the uncanny valley is our best defense. The uncanny valley is that special place where computer simulations, particularly of humans, come close-but-not-quite-close enough and therefor trigger an ick reaction (like the almost-humans in Polar Express or creepy Princess Leia in Rogue One). 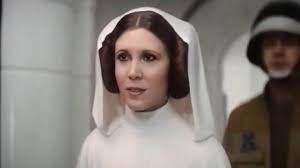 The uncanny valley is our friend.
Posted by Peter Greene at Wednesday, December 23, 2020
Email ThisBlogThis!Share to TwitterShare to FacebookShare to Pinterest