For Teachers, This Is All Unfortunately Familiar

It didn’t have to be this way.

I’m not the first person to make that observation, and I won’t be the last. But it bears repeating. Because, for many regular citizens this school reopening-during-a-pandemic business may seem like a brand new adventure, but for educators, this is a new arrangement of a song they’ve heard many times before.

In some alternate universe, political leaders—top folks, like governors and even the President—sit down last winter, or even last spring, and have a long hard talk about schools in the midst of a pandemic. 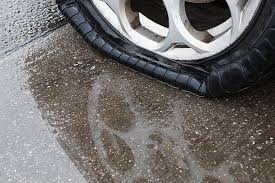 “Schools are critical,” someone declares. “The workers who keep the economy going need to be freed up to get back on the job. Beyond that, we cannot tolerate on our watch a generation of young people getting a small slice of the education to which they’re entitled.” A resolution is reached. “We will do,” the elected leaders declare,” whatever it takes, come through with whatever resources are needed. We will assemble a blue ribbon panel of scientists and teachers and they will figure out what is needed to get public education safely running again, and we will take their recommendations and make them real.”

In this alternate universe, the secretary of education is pushing and cajoling and shaming and bully pulpiting Congress to authorize the necessary resources. “Not only that,” says the secretary (and some other leaders), “but if we are going to ask public school teachers to be the front line troops in this critical battle, we are going to make damned sure they are taken care of.” Or perhaps in that universe leaders are declaring, “It can’t be done safely. We’d better repurpose billions of dollars for the training, technology and infrastructure needed to pivot US education to distance learning. It’ll be expensive and difficult, but at least it will keep people save and students educated.”

But that’s an alternate universe.

In this universe, it’s the same old same old. Some lofty rhetoric about how critical education is, how heroic teachers are. And that’s it. Thoughts and prayers and grousing about how we already spend way too much on public education. We’ve been here before.

We pass a national mandate requiring schools to provide a free and appropriate education for every student, no matter what obstacles that student may face—but Congress never actually funds the mandate.

We repeatedly “discover” that non-wealthy non-white communities are poorly served by schools that lack adequate resources, but somehow nobody ever musters the will to get those schools the resources they need.

We regular declare a “crisis” in the US’s “failing” schools, and every time teachers cringe because they know whose fault it’s going to turn out to be—teachers. Teachers should be smarter. Teachers should have higher expectations. Teachers are being protected by their evil unions.

School shootings increasingly alarm the public, who once again declare their admiration for heroic teachers. The federal government even puts together a task force, headed up by the secretary of education, to look at what can be done. Her recommendation for protecting students and teachers? Arm teachers.

When Congress does try to direct some relief funding for schools dealing with the pandemic, that same secretary of education does not fight for more support for schools, but instead looks for ways to use those funds to back her preferred non-public school causes. Meanwhile, the administration spent more to “rescue” a single airline than to prop up the entire child care sector.

Meanwhile, the administration’s official position seems to be that there is no problem, and if there is, somehow the local schools will handle it, somehow.

This is the song every teachers knows. “You do great, important work—but we already spend way too much on you, so don’t expect any more help to appear.” (Of course, it’s not how much you spend, but how you spend it, but that’s another conversation we aren’t having.) And then the next chorus is, “You are such great heroes, and we sure admire your love for the kids—and if you really love them, you won’t demand any more from us.” To listen to the rhetoric, one would conclude that there is nothing more important to this country than educating our children; to watch the actions of politicians and bureaucrats, one would conclude that education is a small after thought and political football.

Reopening schools during a pandemic is new only in the degree of severity. For a teacher, it’s all too familiar. You’re changing the flat tire on a bus loaded with kids, in the rain, and they’re hungry. A big shiny Lexus pulls up next to you, and some politician or bureaucrat lowers the window and hollers, “Boy, that looks tough. I admire your hard work and dedication.” You ask if he could make a phone call for help, or get out and lend a hand, but he doesn’t seem to hear. “Well, hey, good luck to you,” he says, rolling up the window. “I’m sure you’ll make it all work out.”

It didn’t have to be this way. It still doesn’t. Educators would love to hear something other than that old familiar song. But they can’t wait; the flat tire won’t change itself.

Originally posted at Forbes.com
Posted by Peter Greene at Tuesday, August 18, 2020
Email ThisBlogThis!Share to TwitterShare to FacebookShare to Pinterest