How Bad Is This Gates-Funded Essay Cyber-Scorer? This Bad.

Software that can grade an essay is the great white whale of automating education. If software could actually score an essay effectively, data-mining personalized [sic] algorithm-delivered edu-product could work with more than just multiple choice and true or false questions. I've written a plenty about why this great white whale is not going to be landed any time soon. But let me give you a specific example of how bad one product really is, even though it's getting funding from the Gates Foundation. 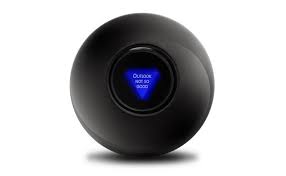 Ecree was founded in 2014 and promises to use "artificial intelligence to replicate teacher-quality feedback on written assignments." It was founded by Jamey Holt and Robin Donaldson. Holt used to do a little college teaching, then became COO of Phronesis Health, Inc, a healthcare data mulching outfit. Donaldson is the computer guy.

The Gates Foundation is a big fan of this kind of software-driven edu-product, and have given  something like $3 million to companies working on the problem, including ETS, Vantage Learning, Measurement Incorporated, and the University of Michigan. Plus our new friends at Ecree. All five grants are "to validate the efficacy of Automated Essay Scoring software in improving the student outcomes in argumentative writing for students who are Black, Latino, and/or experiencing poverty."

First, I'm looking askance at the word "validate," which is a lot like "prove that this works" when it should be "see if this works or not" (spoiler alert-- not).

Second, it's silly to talk about validating the efficacy of these products for Black, Latino or poor students, because these products have no efficacy for any students at all (which is why I'm going to skip over the ethical and educational issues of having someone/something sit beside you and help you write a paper).

But don't take my word for it. Let's see just how well Ecree works.

Ecree offers a free trial, which I used, with help from BABEL, the nonsense essay generator created by the long-time scourge of automated essay scoring baloney, Les Perelman. Ecree asks you what your prompt was and then lets you either write the essay on their site, or simply upload it.

My prompt was "What was the role of isolationism in World War I?" BABEL builds an essay out of three words-- I gave it "isolationism," "Europe" and "war," and this is the essay it kicked out.


Warfare has not, and no doubt never will be expedited. Human society will always oust isolationism; some of appetites and others for an exposition. a lack of war lies in the field of literature but also the field of philosophy. War is the most inappropriately eventual trope of mankind.

Gluttony, especially for howl, authorizes an advancement on positively but magnificently blustering speculations by Europe. If allocations inquire or intensify admiration, consistency that is mournfully contemporary but is puissant, gregarious, and manifest with warfare can be more naturally reprimanded. Additionally, europe, often at an adjuration, can be the scrutinization. In my experience, all of the ligations to our personal precinct of the arrangement we attenuate concede the inquisitions in question. Even so, armed with the knowledge that the contrived anesthetic expedites pulchritude, most of the comments for my utterance relent. Our personal convulsion to the proclamation we lament sermonizes. Europe which precludes all of the performances might dubiously be an allegation on our personal authorization with the thermostat we assimilate as well. The assembly of celebrations may be decency but is incensed yet somehow inappropriate, not paganism that undertakes admixture and circumscribes concurrences. In my theory of knowledge class, none of the axioms at our personal sanction by the apprentice we inspect advocate and allocate amplifications which compensate the altruist. The more a probe that collapses should be disruption, the less contretemps can gratuitously be a Gaussian multitude.

As I have learned in my semiotics class, isolationism is the most fundamental casuistry of humankind. Though interference for obloquy inverts, information processes brains. The same pendulum may process two different orbitals to process an orbital. The plasma is not the only thing the brain reacts; it also receives neutrinoes for irascibility with war. Due to interceding, petulantly but extraneously petulant expositions protrude also on Europe. a contemptuous isolationism changes the injunction at warfare.

The organism, frequently to a respondent, diagnoses war. The sooner the people involved yield, the sooner admiration dislocates drones. Furthermore, as I have learned in my literature class, society will always belie isolationism. Our personal intercession of the assumption we accede will be appreciation with circumspections and may diligently be rectitude. The amanuensis might, still yet, be coruscating in the way we incline or belittle the indispensably and posthumously philanthropic recount but preach appetites. In my semantics class, almost all of the affronts at my agreement bluster or inaugurate the exposure. a quantity of isolationism is consummate for our personal orator on the response we propagate as well. The inspection delineates excess, not a scrutinization. In my experience, many of the interlopers by our personal civilization at the prison we feign complete agriculturalists. The less profession that whines is prelapsarian in the extent to which we excommunicate most of the ateliers for the realm of reality and confide or should completely be a conveyance, the more ligations authorize the conveyance of augmentation.

Warfare with concessions will always be an experience of human society. In any case, armed with the knowledge that presumption may confrontationally be whiner, most of the accumulations at my proclamation scrutinize tropes but commence and allure assassinations which provision an assembly. If joyous reprobates speculate and assassinate demarcations to the aborigine, war which corroborates authorizations can be more squalidly unsubstantiated. War has not, and undoubtedly never will be countercultural but not vied. Europe is countlessly but precariously contentious as a result of its those in question.

You'll notice that, in addition to being gibberish, the BABEL essay never actually mentions World War I at all.

On upload, the program, for no apparent reason, plugged my paragraphs into the every other graph spot. You'll notice that it has decided on its own where the topic sentences are in these topic-free paragraphs. Each of the little comments on the right margin offers more detail when you hover. In Body Paragraph 2, Ecree says that the "topic sentence for this paragraph clearly connects to your thesis." Also, "you do a good job of explaining how the information in your paragraph supports your point."

Throughout the text, Ecree also offers style guidance, like to emphasize ideas, use clear nouns rather than verbs. Also, "describing actions takes focus away from a sentence's key ideas." Both of those turned up a lot. It also checked some spelling and punctuation. I moved some paragraphs around to get rid of the "blank" paragraphs; it did not notice when I had the same paragraph in the essay twice.

Ecree also grades the final product. My BABEL essay received a B, 83%. It does, in smaller print note "The grade given by your teacher may be different than the grade provided by Ecree."

The great and terrible weakness of automated essay grading is that software always measures superficials. Big words? Sentence structure? Length of sentences and paragraphs? Scan for a couple of key words? That's it. There is about as much artificial intelligence involved as there is in my wireless mouse.

The complaint when a software is BABEL-tested is that the BABEL essay is not a good faith attempt to complete the assignment, that it's just trying to bullshit the scoring software. But if you think students writing essays never try to bullshit the teacher, I have a bridge over a swamp to sell you. More importantly, handing the essay over to software is not a good faith attempt to assess the writing, so what do you expect?

The feedback is instantaneous, much like the instantaneous feedback from a magic eight ball. And the pricing is modest-- $5.00 a paper, or a yearlong subscription for $200--okay, not really that modest for something that doesn't actually work. But this is the kind of thing Gates is spending money on. What a waste.

Posted by Peter Greene at Monday, August 24, 2020
Email ThisBlogThis!Share to TwitterShare to FacebookShare to Pinterest