At this point, the adjective "Orwellian" has been absolutely beaten to death (with "Kafkaesque" right behind it). But this latest Orwellian bullshit just pokes my last nerve with a sharp stick.

You would think that an "essential" worker would be the one that you want to take the greatest steps to protect and preserve. That person guarding the door while a fire-laced sharknado rages outside? They're absolutely essential, and we'd better make sure they gets whatever they need.

But under pandemic pretzel logic, that "essential" person is the first one who gets thrown out the door. 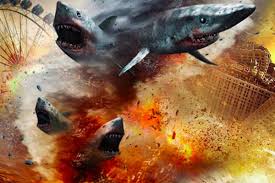 During the pandemess, "essential" has two important meanings. First, it means that those workers can't refuse to work just because they are, you know, worried about their lives or health. Second, it means that nobody in charge can be held accountable for anything bad that happens to them while they're on the front lines.

When Trump declared meat packers "essential," that wasn't a recognition and reward for their important contribution to society. It was a declaration that Grampa wants his steak and he doesn't want to hear damned excuses, whether you're a worker (I'd rather not get sick and/or die) or a boss (I'd rather not get sued for forcing people into unsafe conditions). There was no "We're going to invest in the resources necessary to protect you while you're out there." Just "get back to work."

In fact, a quick scan of "essential" workers reveals a list of the same folks who are regularly told they should happily work under lousy conditions for low pay.

It has been a stark, ugly look at how our society devalues humans. The steak is valuable and important; the guy who butchers it, not so much. Amazon is essential, but not the workers who make it actually function. Meat widgets are a dime a dozen, but the consumer class does not want to spend another dime on another twelve-pack.

So of course it makes perfect sense that Trump would today declare that teachers are officially "essential."

It sounds like a compliment. It's not, and the tell is that none of these "essential" folks have ever been nor will ever be called essential in any other context. This is not "essential" as in "This work is so important we'd better look at how to offer greater compensation" or "These folks are so essential that we'd better muster all the resources we can beg, borrow or steal to make sure they're as protected as possible" or even "These people are so essential that we'd better ask them what they need and give them whatever they ask for."

Pence wants you to know that his wife is going to back to teach at the tiny exclusive private school where she works. The White House press secretary wants you to know that there's some money and magical guidelines and teachers are just like meat packers. And yes, everyone--well, almost everyone--is wrestling with lots of hard stuff, and many people are working under crappy, scary conditions. Lots of folks are paying some hard dues.

The administration desperately needs to get the economy back to normal, but nobody is going to admit that child care and K-12 education is an essential part of the economy's infrastructure, as surely as roads and telecommunications, because then we'd have to craft policy that reflected that reality.

Are teachers essential? Absolutely. That's why people making school re-opening plans should be listening to them. That's why they should be well paid, and supported, and given the kinds of protections that make sense in light of whatever the local picture might be. And on top of all that, one other thing--

"Pandemic essential" seems to be the opposite of that. Not "Mad props for the important work you do" as much as "Shut up and get back in there, because it's inconvenient for me to have you not on the job." Place your bets now on whether the powers that will be are going to let the "essential" designation quietly lapse, or if someone will stand up some post-pandemic day to announce to meat cutters, nurses and teachers that they are not "essential" any more. What a bittersweet day that will be.

Posted by Peter Greene at Friday, August 21, 2020
Email ThisBlogThis!Share to TwitterShare to FacebookShare to Pinterest