AL: Why The State Pulled The Plug On A Charter For The First Time

Last week, the Alabama Public [sic] Charter School Commission took an unprecedented action and revoked a charter school's charter before it even managed to open. It's a tangly story, with connections to several charter school issues.

Woodland Prep was supposed to be a hot new charter school, but it came with so much baggage that there is an entire blog following the entire mess. Believe me-- I'm going to give you the broad strokes, but if you want to go down this rabbit hole, it runs deep. 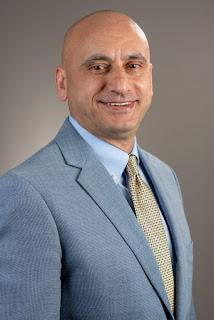 At the center of all of this is Soner Tarim. Tarim has a degree from Texas A&M, is a trained biologist, and if you look at any of his bios, he sounds like a heck of a well-trained guy. He's a certified trainer via Texas Education Agency, and ran Harmony Public [sic] Schools, a Texas chain that likes to make claims like a 100% college acceptance rate. He's even connected to the Pahara Institute, a virtual education outfit connected to the Aspen Institute. Pahara-Aspen is connected to all sorts of cyberschool nonsense, and even has ties to our old friend David Hardy, the TFA-grown superintendent who crashed and burned in Lorain, Ohio. Oh, and he also is studying at Eli Broad's fake school for training superintendents.

On top of all these reform credentials, Tarim has one other important connection, and that's to the Gulen Charter empire. The Gulen chain is infamous and huge--centered around a Turkish political leader-in-exile now located in eastern PA. The chain is charged by, well, many many people of being a device for sucking up US tax dollars and using them to finance Fetulleh Gulen's. Again, there are entire websites devoted to following the many abuses and scandals.

In addition to the huge Harmony chain, Tarim also owns Unity School Services, a company that makes money operating other charters, like the Lead Academy chain, with which Unity had a nasty break-up.

But controversy of one kind of another has followed Tarim. In 2011 the New York Times wrote a story detailing Harmony's tangled connection to the Cosmos Foundation which was in turn connected to Gulen. Tarim denied the bulk of the story, but the Times outlined the usual pattern of the Gulen schools-- hiring Turkish nationals for all jobs, using plenty of H-1B visas (along with allegations that those employees are expected to bounce part of that pay back to the imam). One simple example: a $50 million construction contract for a company that had only been in business for one month. The Gulen network, which is huge, has taken advantage of states where charter oversight is lax, and hoovered up great mountains of US taxpayer dollars.

Still, Tarim keeps swinging. The US has considered Gulen Our Guy (though in the last couple of years that has changed a bit-- politics, you know), and so his chain remains untroubled by any federal concerns.

So Tarim left the Harmony network, though he kept trying in Texas. In June of 2019 he asked their state board top approve eight new charters, and met blistering resistance from board member Georgina Perez, who came to the hearing with six pages of questions. "He attempted to create his personal set of alternative facts," she told Larry Lee, a journalist who has made himself a leading expert in Tarim's machinations (Here's a great piece about how, with Tarim, it's always the other guy's fault).

In the meantime, Tarim had moved from Texas into some other states, including Alabama, where he tried to get a LEAD Academy approved but hit a roadblock when the Alabama Education Association took Tarim to court over an illegal approval process involving made-up rules and charter applicants who had zero experience running schools.

Then, for whatever reason, Tarim set his sights on a small rural area of Alabama. And that was where he wanted to build Woodland Prep.

Nobody wanted Woodland Prep--not the local leaders, not the local citizens. They were worried that a charter would drain resources from their already-struggling school. The National Association of Charter School Authorizers took a look at the application and said that it should be denied; it was full of inaccuracies and what Lee kindly calls "misrepresentations." But the Alabama Public [sic] Charter School Commission operates independently and answers to nobody, least of all the voters and taxpayers of Alabama. So in 2018, Woodland got its charter. But by this spring, it was still educational vaporware, a school that existed only as a Tarim sales pitch, and so it received a long-overdue pulling of the plug.

How many articles have I written about this? At least 50. And to be honest, I got to the point where I began to doubt that I would ever have the chance to write a headline like the one above.

In the end, it was as much a story about a very rural community that simply refused to quit fighting and standing up for what it believed in strongly. It was about a community that takes pride in its public schools and refused to be bulldozed by a group of education “experts” from out-of-state who were far more intent on making money than helping children.

Lee, incidentally, is a tremendous education journalist, covering Alabama in particular. He's been at it for a while, and he knows his stuff.


Posted by Peter Greene at Saturday, June 13, 2020
Email ThisBlogThis!Share to TwitterShare to FacebookShare to Pinterest