AEI And The Commodification Of Education

The American Enterprise Institute comes from that part of the ed reform spectrum devoted to free market approaches. But a new report from AEI really pushes the boundaries of treating education as a commodity like a house or a piece of jewelry. Really. 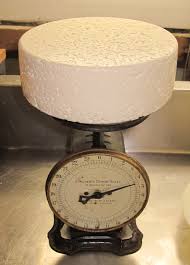 The report is entitled "An Appraisal Market for K-12 Education" and it's authored by Lindsey Burke, the director of the Center for Education Policy at the Heritage Foundation, who also pops up at The Heartland Institute,  and is part of the "team" at EdChoice (what used to be the Friedman Foundation), and Education Next, and Fox Business, and even ALEC, where we find her pushing education savings accounts (aka super-vouchers). She earned a BA in political science from Hollins University (2005) and a Master of Teaching from the University of Virginia in 2008, at which point she went to work for the Heritage Foundation. So you've good a pretty good idea where she's coming from.

The "paper" (honestly, it has just one "source" in the "endnotes," and dressed up with a snappy stock photo, it would easily pass for a "blog post") is part of a series the Frederick Hess is putting together  for "sketching a new conservative education agenda." Let me just cast a vote to say that Burke's notion should not be part of anybody's new education agenda.

Burke starts out with a problematic analogy-- "Think about the last time you bought or sold a pricey item. Chances are you had the item appraised by an independent appraisal firm to provide peace of mind to both buyer and seller." Her specific examples-- houses and jewelry and antiques and cars and boats.

Basically, any costly expense with a high potential for information asymmetry has an associated appraisal market.

You can see where she's headed. Education is expensive. "Families," she argues, "should be able to easily acquire real-time, external audits of their child's learning."

This has always been a missing piece of the free-market education crowd-- parents should be able to go shopping in an education "marketplace," their selection aided by clear data about the relative quality of their choices. Burke is offering a variation on that theme-- let parents have money to hire an appraiser in the as-yet-non-existent marketplace of education quality appraisers.

There are several problems here.

Education is not a commodity, not a thing that that can be weighed and measured for value like a truckload of pork shoulders or sheets of plywood. Education is a process, a relationship, a human quality that takes on different values in different contexts. It mostly exists inside the heads of the students, and as such is largely immeasurable. Appraising an education is like appraising a human being--only barely doable in a narrow context like a specific job. In fact, because an education becomes part of who a person is, it's very much like appraising a human being, which means very subjective and ethically suspect.

Education is not a car or a house. Often its value or effectiveness is net revealed until years after the fact. The closest analogy she hits is antiques--if you were talking about an appraiser who could look at a brand new object and predict what its value will be in 100 years.

Information asymmetry is, of course, a feature of a free market, on purpose. Almost nobody who is in the selling biz takes the position of, "We have far more information about what we are selling than you do, so we're going to make it all transparent for you." If you're selling, you are doing your best to hide information behind a shiny curtain of marketing. (Hence my saying that the free market does not foster superior quality; the free market fosters superior marketing.)

The shape of "learning" is huge and multidimensional and we can't even agree on which parts are most important. We have suffered through two decades of a bad solution to the problem, the policies that have said "We have no idea how to fully measure an education, so we'll just measure something and pretend that it tells us everything." Policy makers couldn't wrap their heads around the size and depth and dimension of an entire continental ecosystem, so they collected elephant toe clippings and weighed them, pretending that this produced useful data.

Burke wants to separate the appraisal of education from the providers of education, but education has already suffered from entirely too many amateurs tromping around. This is not a problem unique to education; the people who understand a sector best are often the people who work in it.

But Burke argues that appraisers are necessary for parents to hold providers accountable, which in the free market argument means "to vote with their feet." This notion that foot-based voting will have any effect on anything is simply not supported by reality. The notion that free-market choiciness is more effective than actual democratic processes or the ability to call officials on the phone is hard to make an argument for. Virtually every free-market business hopes for, plans for, structures for getting some people to vote with their feet. Every business plan separates the population into groups-- people they hope to serve and people they hope not to serve. Read Robert Pondiscio's How The Other Half Learns to see Eva Moskowitz aggressively encourage some families to vote with their feet; many families decide that Success Academy is not for them, and not one of them causes Moskowitz to worry, "Maybe I'd better look at how I'd operating my schools."

The shift to free-market education that Burke and other free-marketeers argue for would require a whole discussion about changing the mission of public education to no longer involve a promise (however imperfectly kept) to educate every single child in the country.

Burke faults the Big Standardized Test for working accountability vertically, up to the state and federal bureaucrats. I'm more concerned that the BS Test substitutes a stunted, meagre view of what a good education should, and then doesn't even measure that well. But Burke's examples of companies that soft of kind of get at the job includes those that use their own cramped measures (Kaplan) or those that use the same BS Test results she faults (Great Schools).

There's much to disagree with in Burke's spare two pages, most notably the idea that education is a commodity. But her biggest, most glaring gap is that while she wishes that parents could purchase an independent appraisal of how well a school is doing, she offers no real ideas about what such an instrument could possibly look like. That's always been the missing link in education reform of all stripes. Sure, we can spot most of the schools at the extreme top and bottom--in fact, we can do it without the use of any fancy appraisal instruments. But the vast majority of schools are somewhere in the more complicated middle, serving a wide variety of stakeholders who all have a different set of expectations about what a great school would look like.

In fact, research suggests that parental choice is not even driven by how much students are learning, but by factors like location and extracurricular activities. But this is one of the disconnections in free  market education theory-- fans insist that parents should be trusted with making the choice of schools, but also insist that parents need the help of third-parties-for-hire to make that choice.

Education is not a slab of cheese for sale at the deli. It's not easily measured or weighed, and if the goal is to create accountability, instead of trying to make an accountability bank shot off of parents, why not come up with a system that helps the school identify and improve its problem areas, or if we wanted to be really crazy, a system that holds politicians and bureaucrats accountable for providing schools with full support.


Posted by Peter Greene at Saturday, June 20, 2020
Email ThisBlogThis!Share to TwitterShare to FacebookShare to Pinterest