SC: A Bill of Rights For Teachers, Sort Of

Like many other states, South Carolina is failing to hold attract and retain teachers. They're doing an especially lousy job holding onto beginning teachers; after the 2017-2018 school year, 34% of the first year teachers did not return to their classroom. Veterans are also bailing, because of "low pay, a burdensome testing system and a sense they aren’t valued."

Wallet Hub ranks South Carolina as the 44th best/worst state to be a teacher, and the state has some fundamental issues with holding onto or attracting teachers. It's a right to work state with a union stripped of the power to negotiate. And when we say "low pay," well, according to one set of figures wage stagnation and inflation added up to a $6,700 pay cut for the average South Carolina teacher. Last spring, 10,000 SC teachers walked out and protested the general state of, well, everything about education in the state.

So, South Carolina's got a long, steady problem holding onto teachers.

But some legislators have come up with a nifty idea to help solve the problem-- a teacher bill of rights.

The meat of the bill has some nifty things. It has been kicking around since 2018 and currently exists in two versions (house and senate).

The Senate version, currently under debate:

All teachers have the right to:

1) have their professional judgment "fully respected."

4) "unencumbered" daily planning time, equal to at least 1/4 of their assigned instructional time

5) be "free of excessive and burdensome paperwork"

All teachers should be able to expect to:

1) have their professional judgment and discretion "included" in decisions

4) work in an environment conducive to learning

Each of these has a nifty self-negating clause attached

The Senate version has the ability for teachers to sue in case of violation--but they may get nothing from the suit except the recovery of their lawyer fees. I suppose such a suit would also win a promise from the district that they would behave oh so much better in the future, even as they no doubt harbored a special love, respect and appreciation for the staff member who beat them in court. 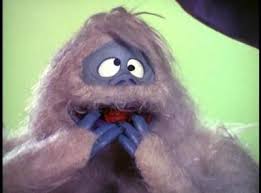 The House version says that nothing in their list can be sued over. Seriously. These "rights" are enshrined in law, and if your district is breaking that law, you can, I don't know-- be really grumpy about it. That'll show them.

So after crafting these rights, each wing of the legislature has also made sure to extract all their teeth, leaving them as a sort of set of pleasant suggestions.

And really, the lists are nothing to write home about.

As some commenters have already noted, there are other things not to love here. Some of these are great and fully enforceable. Some of these sound good, but are completely unenforceable. Who exactly decides if a piece of paperwork is "burdensome"? How exactly does one adjudicate whether or not a teacher's judgment has been "respected" or "included" if administration clazims to have done so, but rules against the teacher anyway?

And some of these are, well-- it's easy to judge if a teacher has been paid extra for extra duty, and it's easy to determine whether or not administration has intruded on planning time with meetings or extra assignments. I don't want to minimize these things, but you know how teachers in lots of other states handle these kinds of issues? With contracts negotiated by their union. This kind of stuff is one of the side effects of state-level union-busting and state-level commandeering of districts-- now your state legislature has to make things matters of law that could easily be managed by local districts and local chapters of unions. I mean, seriously-- a state law about planning periods??!! Will teachers also have to get their school parking permits from the state capital? Will the legislature be assigning lunch shifts for each school?

At first glance, these Bill of Teacher Rights seem swell enough, there is a problem.

I'm not talking about a quibble, like noting that the law is written to say that these are "inalienable rights conferred upon all public school teachers." (I guess charter teachers are SOL). If something's an inalienable right, nobody has to confer it upon you. Just saying.

But that is quibbling. Here's the larger problem. The bills are a nice description of how teachers would be treated if the state government and school leaders of South Carolina respected  them. In fact, I'll bet there are districts where teachers looked at this and said, "This is superfluous, because our district treats us with respect and we already get all this."

But you don't get to respect by imitating its forms while ignoring the underlying substance. You don't fix a relationship by saying, "Well, I know that my cheating and emotional abuse are kind of a problem, but I hear that loving couples talk every day, so I'm going to start calling you every day at noon." I suppose that there's something to be said for faking it till you're making it. But if you've made an actual commitment to actually listening to teachers and respecting them as professionals, that goes a lot further than writing out a promise that you'll totally do that.

And there's nothing inherently wrong with anything on this list-- unless legislators pass it and then declare, "Okay, we've totally fixed the teacher respect problem in this state and now we never have to talk about it again." Meanwhile, the Bill of Rights is part of a larger, contentious education bill that covers issues of real substance.

South Carolina's legislature seems to be trying to solve the same bad puzzle as many legislators and, sadly, school administrators around the country-- how can we make it look like we're respecting teachers and listening to teachers and really involving teachers without, you know, having to actually do it? Because if we were really going to do it we might have to consider really crazy things like letting teachers have a powerful union or be involved in making major decisions. Heck, we might even have to let them have a Bill of Rights with actual teeth.

I hope the Bill of Rights passes. I hope some teachers in South Carolina benefit from its existence. But I hope that the legislature doesn't imagine that this kind of gesture isn;'t going to solve the state's teacher problems.
Posted by Peter Greene at Monday, January 27, 2020
Email ThisBlogThis!Share to TwitterShare to FacebookShare to Pinterest