In a John White valedictory piece, he's called "a former English teacher in New Jersey." I have twice this week come across a reformster who says he "started out as a teacher." Regular students of ed reform have seen similar pattern over and over-- the reformy whiz who has been busy at the ed reform or ed leadership or ed consulting or even ed leadership biz for a while, but who claims to have been a teacher. Sometimes you have to dig hard, and sometimes it's just right there in the LinkedIN profile, but the answer is invariably the same. 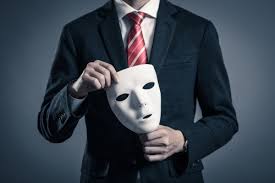 There are lots of complicated policy issues and intricate nuances to analyze about the last few decades of education reform. But one of the biggest problems with the modern ed reform is actually pretty simple-- ed reform has put a whole lot of unqualified amateurs in positions of responsibility that they lacked the knowledge or experience to manage well. John White, Kevin Huffman, Michelle Rhee, Joel Klein, Chris Barbic, David Coleman-- unqualified amateurs all. And that's just the national stage-- it would be a herculean task to track all the regional amateurs, guys like David Hardy, Jr., who have trashed a local district after finding themselves in leadership positions they weren't qualified for. The graduates of the Broad Academy. Most of the Chiefs for Change. The rich guys like Gates and Zuckerberg who decide they should steer national education policy. All amateurs. Almost every boneheaded policy idea that made teachers shake their heads and roll their eyes-- produced by some unqualified amateur.

We can talk about the deep details of the last thirty years, but at heart it's as simple as a whole lot of important decisions made by people in charge who didn't know what the hell they were talking about.

And so many of these amateurs proudly touted "former teacher" on their resume, based on their two years with Teach for America.

Two years is nothing in teacher years. A second year teacher is still a teaching baby. Particularly if they started out behind and having to learn things that other beginning teachers had already learned before they arrived in the classroom. Particularly if, instead of asking questions like "How can I better grasp and develop this technique so it will serve my students better for the rest of my career" they are thinking things like, "Well, this is good enough to get me to the end of the year and then I'll never have to worry about it again."

Five to seven years is what it takes to get most folks up to speed. If you've got at least five years in in a classroom, I'll agree that you are a former teacher. At two years, you're just somebody who tried teaching and bailed. You are not a "former teacher" or someone who "started out as a teacher." I'd buy "tried teaching for a bit," but then, that wouldn't provide the kind of resume-enhancing, virtue-signaling, expertise-claiming punch you're looking for.

Are the Teach for America folks who were really sincere about their interest in teaching, or some who really meant to give it a shot but fund it wasn't for them? Sure. You can spot them because they kept teaching, or they got out and didn't try to pass themselves off as education experts for the rest of their career.

Can people develop expertise in education without having spent five years in the classroom? Sure-- mostly by doing a lot of listening to people who have.

Is this kind of snotty and elitist? Yes, I'll own that. Not everybody can teach, and not everybody who can teach can do it really, really well. I get that it's a club lots of people want to belong to, for a variety of reasons, but not everyone can. If you want a membership, then earn it.

I'll give David Coleman credit-- he at least proudly admitted to being an unqualified amateur. But I do wish that the rest of these folks would stop impersonating teachers. It demeans the profession and enables their claim to expertise that they simply don't possess. The world has always been filled with people who were sure they were education experts because they went to school, but now some of them have found a way to formalize that baloney.

One of the hallmarks of modern ed reform is language that is at best imprecise and at worst deliberately misleading. It's the score on a single two-subject standardized test-- it's "student achievement"! Well, memo to education journalists-- John White is not a former teacher, and neither are any of the rest of these impersonators running around trying to make a brief bout of edutourism look like a previous career choice.
Posted by Peter Greene at Friday, January 24, 2020

Email ThisBlogThis!Share to TwitterShare to FacebookShare to Pinterest
Labels: TFA