We Told You So, Dammit

Over the past two years or so, there has been a steady drip drip drip of apostastic epiphanies among some Reformsters, some of whom have stepped forward to write some version of, "Oops. I think we were probably wring about X." For X, substitute emphasis high stakes testing, treating teachers like the enemy, attempts to impose national standards, education policy dictated by wealthy self-appointed amateurs, and insisting that education could erase poverty and so no attempt to address systemic issues creating poverty were necessary. Etc.

It looked like we might have reached a peak last week when Nick Hanauer, one of the major self-appointed amateurs of the reformster movement, took to the Atlantic to admit, well... 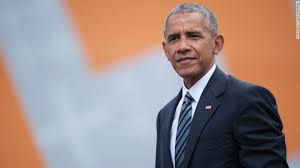 ...I embraced education as both a philanthropic cause and a civic mission. I co-founded the League of Education Voters, a nonprofit dedicated to improving public education. I joined Bill Gates, Alice Walton, and Paul Allen in giving more than $1 million each to an effort to pass a ballot measure that established Washington State’s first charter schools. All told, I have devoted countless hours and millions of dollars to the simple idea that if we improved our schools—if we modernized our curricula and our teaching methods, substantially increased school funding, rooted out bad teachers, and opened enough charter schools—American children, especially those in low-income and working-class communities, would start learning again. Graduation rates and wages would increase, poverty and inequality would decrease, and public commitment to democracy would be restored.

But after decades of organizing and giving, I have come to the uncomfortable conclusion that I was wrong.

He even admitted knowing what the answer might have been all along.

To be clear: We should do everything we can to improve our public schools. But our education system can’t compensate for the ways our economic system is failing Americans. Even the most thoughtful and well-intentioned school-reform program can’t improve educational outcomes if it ignores the single greatest driver of student achievement: household income.

For all the genuine flaws of the American education system, the nation still has many high-achieving public-school districts. Nearly all of them are united by a thriving community of economically secure middle-class families with sufficient political power to demand great schools, the time and resources to participate in those schools, and the tax money to amply fund them. In short, great public schools are the product of a thriving middle class, not the other way around. Pay people enough to afford dignified middle-class lives, and high-quality public schools will follow. But allow economic inequality to grow, and educational inequality will inevitably grow with it.

But that was not the peak of reformster backpedaling. The peak-- the absolute unstoppable peak-- came from this tweet linking to Hanauer's article:


This is worth a read: a thought-provoking reminder that education reform isn’t a cure-all. As a supporter of education reform, I agree that fixing educational inequality requires doing more to address the broader, systemic sources of economic inequality. https://t.co/96B7fkBM4u
— Barack Obama (@BarackObama) June 18, 2019


Well, then. Could've used that insight a decade ago.

Every single realization about the failure of ed reform, both in concept and execution, has been accompanied by a reaction among folks actually working in education.

We told you so.

Hanauer's piece is refreshing because he actually uses the words "I was wrong." Many of these folks just decry the bad effects of certain reform policies without ever acknowledging their role in the mistakes ("It's a shame that standardized tests somehow became so time consuming," Arne Duncan has said on more than one occasion). The acknowledgement of screwing up is welcome.

Every time an article like Hanauer's or a tweet like President Obama's appear, there is always a call for apologies, which we are undoubtedly owed and unlikely to get. "Day late and a dollar short" also gets thrown around, but getting it right is getting it right, whether you're early or late. As long as they've learned something.

All too often it appears that the writer has not learned any useful lessons. There are lots of lessons to learn (such as the argument that we need to bust unions and liberate free market forces is a specious one). But really, there's one huge lesson to be learned.

There is nothing that reformsters have figured out about reformy ideas, no flaw in their plan that has suddenly revealed itself, that teachers did not see and call out years ago. The single most important lesson here is:

Before you launch your next bright idea to reform education, talk to actual professional educators first. You don't have to talk just to teachers. But talk to teachers (and not just ones that have been carefully vetted to be sure they're aligned with your values).

Every dollar and hour wasted, every fruitless crappy reform idea of the last twenty-some years could have been avoided if people had listened to actual teachers. There's the lesson that everyone, even exceptionally smart and respectable former Presidents, needs to learn.