This post is week 3 of 8 in the 8 Weeks of Summer Blog Challenge for educators.

This post will catch me up on this little project. It's an interesting piece of teacher sharing and is also turning out to be a nice antidote to political overload. As always, I'm answering the prompt on behalf of the younger, pre-retirement version of me.

How are you both a leader and a follower in your career? 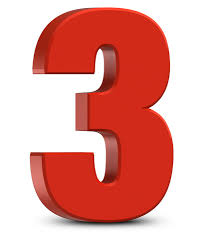 Of course, every teacher is a leader in her own classroom. But stick around the same building long enough and you can become a leader in other ways. Not that there are tons of leadership opportunities formally given to teachers. Sure, you can be appointed by administration to "The Committee To Implement Any Solution It Likes As Long As It's The Solution Administration Wants" or "The Committee To Create Cool Documents That Nobody Will Ever Read." But somehow, those aren't very exciting.

It's more common, I think, for teachers to grow into unofficial roles, so that you become The Person to see about particular problems and solutions. You can become the person whose judgment other teachers trust on certain edu-matters. In my case, I stuck around that I became The Only Person Who Remembers How And Why We've Always Done That.

But the big problem with teacher leadership roles is that there's hardly any role you can take, any piece of power you can have, that administration can't strip instantly. E.G. I was on a committee that was tasked with leading implementation of PLCs in our school-- until administration decided they wanted different things and suddenly we were not leading a thing.

You might argue that this blogging thing has become a sort of leadership role, but I'm not sure that's accurate. I feel more like a resource than a leader.

Followers matter. There's a whole field of study around the idea of first followers-- that an outside the box innovator is just one crazy guy in left field until a first follower shows up to start a crowd. I've been a first follower a few times, saying, "Hey, look at this. Let's all listen up."

But in the  formal institutional sense, I've worked for very few leaders-- mostly I've just had bosses, and I'm a lousy follower of bosses. I can mimic compliance with the best of them, though I got pretty lousy at  it in the final few years-- but that's not following. Teaching is not a very followy profession-- we're usually just out there breaking trail on our own. So I'll be interested to see what types of following turned up  on this third of eight weeks. (Remember, you can use the hashtag #8WeeksOfSummer to track down all the posts people are writing for this challenge).
Posted by Peter Greene at Saturday, June 29, 2019