The College Board, the company behind the dreaded SAT and popular AP courses has made changes to the registration for the AP exams. AP courses and the exams that go with them are supposed to provide students with a leg up on college applications. Though the changes, which amount to an increase in cost, were announced over a month ago, they now add to the conversation the nation is suddenly having about the college admissions process. 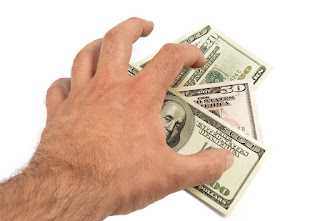 The new policy (to be implemented next school year) calls for students to register in November for the AP test. But in November, students are barely one quarter of the way through the AP course; they might not yet be certain they'll take the test in May. Additionally, AP tests are only accepted by certain schools; a sufficiently high score (as determined by the college) may be good for a credit, or simply serve as a placement test. However, AP credits are often not counted in the student's major. All this means that for a high school senior to accurately gauge the utility of an AP test, she needs to know what college she will attend and what her major will be. Many high school seniors will have none of that information in November. Yet under the new policy, the College Board will charge them a $40 late fee if they register after November, and a $40 cancellation fee if they register and then decide not to take the test.
This certainly looks like a financial windfall for the College Board, particularly when one considers that data collected from high school seniors in the fall would be a valuable commodity. And the move is generating plenty of controversy.
Jennifer Wander, a high school counselor in New Richmond, Wisconsin, has started a change.org petition in opposition to the changes "that will make things even more expensive and stressful for students, especially low-income students." Eight weeks ago it had 2,700 signatures; at this moment, there are over 116,000.
Also fueling opposition is a company called Total Registration, a company that offers school services to manage their registrations for a variety of exams, including the AP tests. And they have been aggressively circulating data that contradicts the rosy picture painted by the College Board.
In particular, the College Board says that when students register in the fall, they do better on the tests, and that it's "best practice" at many schools. There are several problems here. First is the confusion of correlation and causation; one would expect that students who are more confident about their own abilities would register in the fall and would achieve better scores. Next, the phrase "best practice" is a vague one--are these schools requiring fall registration, or simply recommending it. If it's the latter, then see my previous point. And, as Total Registration points out, if it's already common practice, why bother attaching fees to it.
Total Registration also took a look at numbers from a College Board pilot program for the new policy (data since removed from the College Board website) which shows that fall registration in fact increases the failure rate for low-income students. A College Board spokesperson has since responded to Inside Higher Ed, saying that "these false statements are a reckless and futile attempt to thwart the College Board's efforts to launch the new AP model" and that certain companies were looking after their own interests and not the concerns of students. And while it's true that Total Registration does have a dog in this fight, why doesn't the College Board simply show where the arguments are factually incorrect?
Instead of hard data, the College Board has leaned on fuzzier arguments, saying that students who register in the fall will be more "engaged" and "less likely to give up when faced with challenges." Is there is any evidence that engagement and grit lead to higher AP scores, the College Board doesn't offer it.
It's also curious that the cancellation fee and the late penalty are exactly the same. It's almost as if $40 was developed as a price point that the market could bear, and not as a response to the actual costs involved in accommodating a late registration or cancellation.
Then there's this exchange from the Inside Higher Ed article:
"The spokeswoman also denied that the College Board is making the changes to make money. Rather, she said, the College Board is producing many new AP materials to help students succeed."
This may seem like a non sequitur, but the College Board's argument is that producing the new materials will be so costly that they will actually "reduce operating income." One tries to imagine the meeting in which some College Board executive says, "Since we're going to be taking in this extra revenue, I think we should budget more than that for the test prep materials."
That seems like either a poor business decision or an unlikely one, and the College Board is a business. They maintain a not-for-profit status; however, in 2017 they made in excess of $200 million and are sitting on $1.1 billion in cash and investments. There's nothing evil or nefarious about making money, but it is problematic when the bottom line is placed ahead of the interests of students. AP courses have always maintained a delicate balance between college-style teaching and plain old test prep. If the College Board has, as it says, a desire to "boost the learning culture in AP classrooms," making the test loom larger hardly seems like the way to do it. And by adding to the cost of taking the test, the College Board runs the risk of being one more factor that gives an extra advantage to the children of wealthy families.
Updated from original post at Forbes
Posted by Peter Greene at Thursday, April 04, 2019