Today you put in an appearance at Betsy DeVos's American Federation for Children, a group very much in tune with your goals in education. I can see why you and DeVos have always gotten along-- wealthy children of privilege who feel a righteous need to remake your home state according to your own beliefs in competition and battle and a system that sorts people into their proper places. 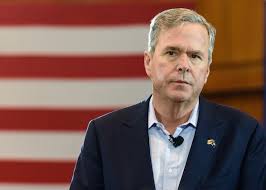 Reporter Matt Barnum tweeted this quote from you this afternoon:

The simple fact is when you create a marketplace of school choice ...the children do better ... It defies logic to suggest otherwise.

That's consistent with things you've said in the past. Just a month ago you sent an op-ed out to New Hampshire newspapers in which you wrote

When public schools face increased competition, they get better and kids learn more.

Now, your assertions don't really hold up to any sort of scrutiny (Politifacts ruled your NH line "mostly false") and I've burned many bloggy bytes arguing that. If you like, you can amble through this blog, but I'm not going to wade into that argument here.

No, what I want to do is ask a question, addressing your belief in the power of competition and the marketplace. This is going to sound like a snotty gotcha question, but it's really not. I find that all of us do better at grappling with these kinds of abstract ideas if we look at how they really play out in our own lives, and so I'm going to ask you this--

Do you think that marketplace-style competition for the job of President of the United States created a better outcome?

Do you think competition among the many candidates made each one better, resulting in the very best one being elevated to the White House? Do you think that competition got us the most excellent President that we could ever hope for?

Do you feel that you personally became a better man, a better person, a better candidate, a better politician through your competition with the other GOP candidates, including and especially the eventual winner of the office?

Can you imagine yourself calling the White House to say, "Mr. President, I want to thank you for making me a better person by competing so well with me?"

I suspect that your answer to all of these questions would be something other than "yes," and I would actually agree with you. You might be inclined to explain that all sorts of extraneous factors like a tilted playing field or a hugely imperfect transmission of information to the voters interfered with the "proper" outcome, and I would say to you, how do you imagine that the marketplace of schools would be any different?

I truly am not trying to rub your defeat in your face. But I do want to point out that while your imagined version of competition in the marketplace may work flawlessly to bring about awesome outcomes, the Presidential election that ate years of your life is a far better real-world example of how a competitive marketplace can actually work, particularly when applied to something that is supposed to be a service for the public good and not just a chance for personal profiteering.

See, I believe that the Bush family, in its own way, really does have a heritage of service and a sense of responsibility to the country as a whole. But you got smoked by a scam artist, a huckster who's far more interested in personal profiteering than the good of the community at large. And that is about as perfect a real-life metaphor as we could find for how school choice and competition is working in the real world. Charters and choice are the Trump family of the education world.

So I'm hoping that you can take a step back, clear your head, and see that your logic is confused-- competition and the marketplace, particularly in matters of public service, does not get us excellence. There is no reason to believe that it will improve schools, and even less reason to believe it will provide good results for students. Of all the conservative fans of this philosophy, your unique personal experience makes you especially positioned to see this. I hope some day you will open your eyes and stop spouting nonsense about the wonders of competition and the marketplace. Feel free to give me a call when you're ready to see the light.


Posted by Peter Greene at Tuesday, May 23, 2017
Email ThisBlogThis!Share to TwitterShare to FacebookShare to Pinterest