This week the Pennsylvania House of Representatives voted to postpone the use of the Keystone Exam (Pennsylvania's version of the Big Standardized Test required by the feds) as a graduation requirement. The plan had been to make the Class of 2017 pass the reading, math and biology exams in order to get a diploma. The House bill pushes that back to 2019.

The House measure joins a similar Senate bill passed last summer. The only significant difference between the bills is that the House bill adds a requirement to search for some tool more useful than the Keystones. The bills should be easy to fit together, and the governor is said to support the two-year pause, so the postponement is likely to become law. And that is both good news and bad news.

The Keystone is a lousy test. It is so lousy that, as I was reminded in my recent Keystone Test Giver Training Slideshow, all Pennsylvania teachers are forbidden to see it, to look at it, to lays eyes on it, and, if we do somehow end up seeing any of the items, sworn to secrecy about it. But because I am a wild and crazy rebel, I have looked at the Keystone exam as well as the practice items released by the state, and in my professional opinion, it's a lousy test.

So it's a blessing that two more rounds of students will not have to pass the tests in order to graduate-- particularly as the feds bear down on their insistence that students with special needs be required to take the same test as everyone else, with no adaptations or modifications. The year the Keystones are made a graduation requirement is the year that many Pennsylvania students will fail to graduate, even though they have met all other requirements set by their school board and local district.

That will not be a good year. 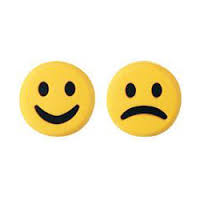 Pennsylvania's School Performance Profile, looks like it based on a variety of measures (some of which are shaky enough-- PA schools get "points" for buying more of the College Board's AP products) but at least one research group has demonstrated that 90% of the SPP is based on test scores (one huge chunk for a VAMmy growth score and another for the level of the actual score).

So we will continue to have schools and teachers evaluated based on the results of a frustrating and senseless test that students know they have absolutely no stake in, and which they know serves no purpose except to evaluate teachers and schools. Get in there and do your very best, students!

Of course, some districts tried to deal with that issue of getting student skin in the game by also phasing in a pass-the-test requirement as a local thing. So now a whole bunch of students who have been hearing that they'll have to pass the Keystones to graduate-- they'll be hearing that the state took that requirement away, except then someone will have to tell them that their local district did NOT take the requirement away. This should open up some swell discussion.

So How Do We Feel?

State Board of Education Chairman Larry Wittig (a CPA who was appointed to board by Tom Corbett) is sad, because he thinks the whole testing program is awesome and well-designed. Wittig's reaction is itself a mixed bag. On the one hand, he thinks that the testing system is "well-crafted" and beneficial to students, which is just silly, because the test is neither of those things. On the other hand, he also said this:

If I'm a teacher and in part my evaluation is based on the result of these tests and now the tests are meaningless, I'm going to have a problem with that.

And, well, yes. "Not stakes for students, high stakes for schools and teachers" kind of sucks as an approach.

And really, is there anyone in Harrisburg who wants to articulate the reasoning behind, "We don't have faith in this test's ability to fairly measure student achievement, but we do have faith in its ability to measure teacher achievement." No? No, there doesn't seem anybody trying to explain the inherent self-contradiction in this position.

Perhaps the House-sponsored search for a Better Tool will yield fabulous results. But in the meantime, we've already signed Data Recognition Corporation, Inc, to a five-to-eight year contract to keep producing the Keystone, even if we don't know what we want to use the tests for.

The good part of this news is undeniable. Two more years of students who will not have to clear a pointless, poorly-constructed hurdle before they can get their diplomas. That's a win for those students.

But to postpone the test rather than obliterate it, to keep the test in place to club teachers and schools over the head, to signal that you don't really have an idea or a plan or a clue about what the test is for and why we're giving it-- those are all big losses for teachers, for education, and for all the students who have more than two years left in the system.