What Is The Christian Educators Association?

2021 is the year of many things, including open season on public education. One group is continuing its work of trying to chip away at the teachers unions.

The Christian Educators Association is not a new player (you may have heard the name before--we'll get to that shortly). They were founded as the National Educators Fellowship in 1953 by Dr. Clyde Narramore, an author of over 100 books, most focusing on psychology. He even had a syndicated radio show with his wife Ruth. His shtick was psychology steeped in Christian belief, and he eventually launched and led the Rosemead School of Psychology which has since been folded into Biola University, a private evangelical Christian university in La Mirada, California (we'll meet them again). Biola was founded as the Bible Institute of Los Angeles by the president of the Union Oil Company of California, based on the model of the Moody Bible Institute, later broadening their programs (including an education department). 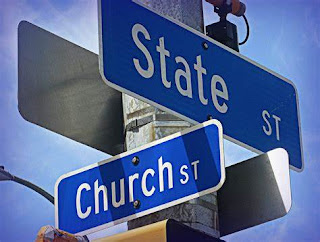 For most of their early existence, they were responding to the idea that school children in the US "have no moral and spiritual training" other than bits they got as a side effect of public education. CEA wanted to encourage educators to meet that need (with Jesus). The organization provided fellowship and encouragement and mutual support for a few hundred Christian educators across the country, but mostly in California.

In 1984 they changed the name to Christian Educators Association International, and in 1991, then-leader Forrest Turpen continued restructuring the group to be "an alternative to teachers' unions, at a time when unions were embracing values more and more hostile to the Biblical worldview." I was teaching then; I'm not sure what exactly they were upset about (Outcome based education?) Turpen led the group from 1983 till 2003, expanded membership, and went after the secular unions. As always, the mission was unequivocally evangelical; when he died, friends noted his "dogged determination to see the gospel proclaimed to the children of this nation." After his death, CEAI set up the Forrest Turpen Legacy Grant, asking teachers "Do you dream of impacting your school for Christ?" Grants were awarded for Bibles, tracts, t-shirts, and transportation costs to visit the Ark Encounter, all for various school clubs.

Christ-centered teachers are nominated, selected and funded to participate in Daniel Weekends to help them rekindle their passion, calling and courage to transform their schools with God’s love and truth.

Totally cool because, as Laursen explains here, the founders totally wanted religion in schools. He also makes the claim that in the past, the US schools were first in math and literacy and "the envy of the world" (not actually true), but then in the sixties the Supreme Court took prayer out of school. And as another CEAI writer puts it, "By not honoring God in our schools, We have allowed unbelief to be sown into the lives of our children. And when a nation sows unbelief it reaps a harvest Of brokenness, division and moral decay."

Laursen took one other step to make CEAI a more aggressive advocate, and this step may be why you recognize the name.

In 2013, CEAI joined in a lawsuit being brought by a photogenic California teacher to challenge California's fair share rule that says non-members must still pay the union a share of dues to cover some costs of the union activities from which they benefit. The teacher was Rebecca Friedrichs, who was a CEAI member, and the case was rightly seen as an attack on unionism, especially because Friedrichs was willing to get in front of any camera to talk about how bad the union was. The case was bumped all the way to the Supreme Court, where Friedrichs and the CEAI were about to win when Justice Antonin Scalia died, leaving the court tied at 4-4, which left the union-favoring ruling of a lower court in place. Well, until the Janus decision won the point that Friedrichs and the CEAI had tried to score, giving teachers and others across the country the opportunity to become freeloaders benefiting from union work that they refused to support.

Rebecca Friedrichs made a new career out of her legal adventure, and has built a brand around anti-union activism. CEAI got a new chief in 2017--David Schmus, who has a BA in Political Science from Pepperdine and a MA in Biblical Studies and Theology, as well as a CTEL/CLAD Cross-Cultural Language teaching certificate, from Biola University. Schmus was in charge when the Janus verdict came down to cheer that "Our teachers...are now free."

Like many groups, CEAI has been using the pandemic to chip away at teachers unions. Here's a video of Schmus speaking about the pandemic last year while the Tinkly Piano of Sincere Concern plays; he comes across as a decent guy, and he allows that maybe going back to school is not the best choice in your community right now, but still, good Christians aren't ruled by fear and if the way your union is responding to all this doesn't suit you, maybe come to CEAI.

The group touts two "wings." There's the protection wing, which offers liability insurance and a Job Protection Benefit, in case you're persecuted for your faith. They promise "whatever situation you face, we will walk through it with you, praying with you, and counseling you, all from a Biblical worldview." The there's the ministry wing, where "we equip Christian educators to transform their schools." The site offers resources on how to transform their classrooms without getting in legal trouble; some of them are pretty bold; he believes, for instance, that the establishment clause of the First Amendment just means the feds can't pick a religion but states ought to be able to have at it. I am curious how they would stand up against the current slate of "no controversies and teach all sides" laws.

My attention was drawn to this group because they are apparently busy recruiting these days. My old local union has lost some members to them. From the grapevine, I've heard stories like a pretend parents group giving teachers gifts of chocolates wrapped in CEAI sales pitches. They are, of course, a regularly bemoaned depository of freeloaders--folks who are adamant about not paying union dues, but want to get the benefit of the protections that unions are legally required to provide. One also wonders how such a relatively small mostly-Californian group is able to stay on top of pertinent laws in all fifty states.

It's not clear how big they actually are. In 2018, they reported 8,000 members which is not exactly a national tidal wave. I have no doubt that during the pandemic various anti-masking anti-vax folks have moved to CAEI, though I am also told that CEAI only accepts those who are willing to certify their love of Jesus. But that tiny 8,000 number does raise a question-- given the relatively inexpensive membership dues, how is this outfit funded?

The dues are $239/per year, or $20/month (there is a free "join the movement" option). If we assume even 10,000 members at the yearly rate, that's $2.3 million, which is not a lot of money to operate a national union that promises legal protection for every member. But their 2020 report at the ECFA (a sort of BBB for ministries) shows a total revenue of $1,202,480, with $179, 612 in donations, and expenses of a mere $1,176,026. That appears to be only a small bump over previous years. I'm not sure how much service you can provide your members with that kind of money-- thoughts and actual prayers?

I will say this for CEAI-- this is no dog-whistling sneak-religion-in-the-back-door kind of group. Their message is up front and clear. Quit that secular union. Spread Jesus in your classroom. Given their numbers, they may not pop up in your neighborhood, but then again, we live in interesting times, and there are plenty of other groups around much like them. Keep an eye peeled.