There are choice and reform advocates that I talk to, online style, fairly regularly. I do so because they are rational, fairly reasonable people and 1) I'll talk to almost anybody and 2) there's a lot of understanding to be gained by listening to people who disagree with you. I think these folks are wrong about a lot of education stuff, but they're still rational, fairly intelligent human beings.
There's a down side to talking to these folks--it sometimes leads me to forget about the other folks. 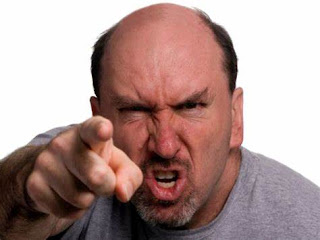 You can find those other folks fairly easily on Twitter, and sometimes they will find you (and if they do, they will generally bring a few dozen of their friends along). And they did not come for conversation.
What they bring with them is a constellation of beliefs, some of which are further out there than others.
Vast conspiracies can happen. This idea is fundamental, and can only be held by anyone who never tried to organize a work group of more than six people. Those six people couldn't coordinate, focus, stay on task, schedule a meeting, or keep any of the process quiet, but somehow hundreds of thousands of people have been enlisted, coordinated, weaponized, and kept quiet for all this time. (See also: deep state.)
Public education is bad. They would like to kill it with fire, abolish it, end it. It is horribly racist, unless it's involved in pushing indoctrination into Marxist woke evil race stuff. It is a conspiracy between the unions and Democrat politicians, set up to funnel money through the union into Democratic campaign coffers, with teachers being paid off to facilitate this by being given a sinecure that pays a bunch of money for doing nothing. Everyone who says a word in defense of public schools is simply trying to preserve this conspiracy.
Teachers hate children and don't want to teach. They went into teaching for the money and the summers off and they hate any attempt at accountability because then they'll get caught doing a terrible job and the jig will be up. Sometimes this even involves the sleeper cell theory of conspiracy, which is a feature I find astonishing. In this one, somebody fakes entering a field and doing well because they knew, somehow, that one day they would have a chance to turn around and attack (see, for instance, the theory that Dr. Fauci has been faking it for fifty years so that he could position himself to sow chaos in a fake coronavirus pandemic).
Many folks have noticed that the revolt against "critical race theory" is reminiscent of the right-wing revolt against common core. First, define the term so broadly and loosely that it means "anything that upsets me." Then go hunting for extreme examples to use as a proxy for the whole thing. Then demonize away. I'm not and never have been a fan of the core, but not because I think it's a commie plot to turn our children into Marxist lesbians. And an ongoing conversation about race and history in this country is absolutely necessary; the fact that the prospect makes some folks angry-sad is just further prof of how necessary it is.
But conversation with these folks is difficult (on Twitter, impossible). These folks are scared and angry about crt, about sex ed, about LGBTQ+ people, about schools not doing what they wanted them to during the pandemic, about "elites" taking away their control of their children, about white folks not being the center of the universe, about their children learning more in school than they did. In many (if not most) cases they've had five years to get all MAGAed up. They are mostly not stupid and mostly not evil, but they are loud and determined and destructive, and they are not in the mood for a conversation.
Some days, I'm not sure how we get preserve and improve public education while they are intent on burning it down. Other days, I figure we just have to move forward without them. But they are the school policy version of our larger MAGA-style problem; how do you build a country with people who inhabit an alternative reality? I don't have an answer; I just have to remember that the question doesn't go away just because I can't always hear them in my bubble.
Posted by Peter Greene at Tuesday, June 15, 2021