Nevada is one of the country's leading states for privatizers; in 2015, they went all in on education savings accounts aka super-vouchers. Well, not so super--they were not large enough to benefit the poor families that were the excuse for passing the bill. But they've got tax credit scholarships so that donors can get out of paying school taxes and support private schools at the same time. And, of course, they have charter schools. 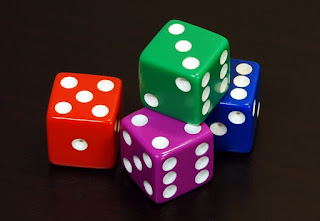 Charter schools in Nevada enjoy a couple of advantages. One is that charters are authorized by a state board (the Nevada State Public [sic] Charter School Authority), meaning they can bypass any local boards that are elected by local taxpayers who might not want to foot the bill for additional schools in their area.

Nevada charter schools are also excused from having to hire licensed teachers. Up to 30% of teaching staff can be unlicensed, as long as they aren't teaching certain subjects (eg English, math, special ed). The rest of the staff must be either licensed or "demonstrate subject matter expertise," whatever the heck that means.

Reportedly the state does not actually know how broadly that waiver is being used. Charter School Authority Executive Director Rebecca Feiden reportedly told lawmakers that only 36 out of 2,287 charter teachers lack "an active license," but she also acknowledged that a substitute teaching license counts as an active license. And they have no idea how many of those are involved. In Nevada, you can score a substitute license with 60 college credits. (Hat tip to April Corbin Girnus at Nevada Current for providing some concise thorough coverage of this issue).

Nevada's Senate Education Committee decided to level the playing field and put forward a bill--AB109-- requiring charter schools to have a fully licensed teaching staff. Makes sense. Nevada charters like to call themselves public schools, so why not operate under the same rules as actual public schools? Given the numbers Feiden shared, it doesn't seem like a huge ask, and in fact, since the bill quietly appeared in February, there's been no public squawking to speak of.

Not that there aren't some unhappy Dems in this. Girnus offers this quote:

“I want this on the record: that we have licenses for a reason,” said state Sen. Marilyn Dondero Loop. “We don’t hire firemen who aren’t certified. We don’t hire electricians and plumbers without a license. I think it’s important to keep that in mind.”

Pushing from the other side is GOP State Senator Carrie Buck, a charter school leader who says that Nevada charters (who get the same per-pupil funding as public schools) are poor because of facility costs. Also, national teacher shortage, which, well--no. Offer better jobs.

And, while we're here--why doesn't anyone know who is teaching in charter schools? Why shouldn't charter schools have full transparency about the qualifications of their staff? Isn't that basic information to which parents should have easy access?

So once again, charter schools are public schools, except when being a public school includes inconvenient rules, and folks who expect Democrats to support education are often disappointed. We'll see what happens next.