Schools Are Not Charities

The U.S. public education system is not a charity. It is a civic institution, the most important, many argue, in the country, and it educates the vast majority of America’s children — the well-off ones and middle-class ones and those who are so poor that they turn up in class with flea collars around their ankles (as one superintendent told me).
-- Valerie Strauss, The Answer Sheetr

Strauss was writing about the Laurene Jobs infomercial for her education reform initiative, and in truth, Strauss caught a note that I missed-- the the XQstravaganza was not so much a Bass-o-matic pitch as it was a compressed Jerry Lewis Labor Day telethon. It did portray public education (well, at least education for the poor) as a charity. It smacked a little bit of revival temprance meeting ("Look at this fallen, run-soaked, debased creature! Can no one spare a dollar to save this wretch?" (And, by the way, what in the ever-loving hell was Randi Weingarten doing sitting there giving tacit approval to the portrayal of public school and public school teachers as miserable wretches?) 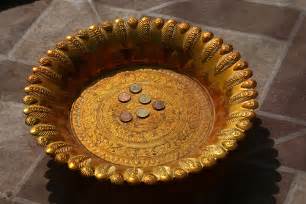 Strauss is exactly right-- public education is a civic institution, a civic duty, a civic obligation.

Why do some folks so badly want to portray it as a charity?

It's a bit reminiscent of the Tale of the Hero Teacher-- "Look at her folks, slaving away for the love of these children, sacrificing all her own time and money, and with no thought of reward for herself, because Real Hero Teachers don't care how much they get paid or even if they're paid at all! They're totally cheap! No salary too small. Let's have a round of applause (and nothing else) for that hero teacher!"

So why do some like painting education as charity?

Charity is optional for the giver. Only give what you feel you can afford when you feel you can afford it. Charitable giving makes you feel good precisely because you didn't have to do it. And you can give what you feel like giving (pro tip-- for disasters like Harvey and Irma, send money, not shit that volunteers have to that may or may not be any use). You could send money, but you could also volunteer to put on a show or, you know, send thoughts and prayers. If you have better things to spend your money on, well then, the charity will just have to wait. Shouldn't be a problem because...

Charity is optional for the receiver. Sure, the thinking goes, it would be nice if they had a little more money to work with, but if that money doesn't come in, they'll scrape by somehow. You know how resourceful those poor folks are.

Too much charity is bad. Wouldn't want to make people dependent. Besides, this kind of support isn't really sustainable, so we'd better not overdo it.

Charity has to be earned. Of course, we only give charity to people who show they deserve it by displaying proper character or proper goals or proper deference with their betters who have the money. Or they can deserve it by having a really sad story. Undercover Boss is infuriating because in every episode we hear a sad story about someone who can barely support their struggling family/sick child/aging parent on the shitty wages and benefits that the company pays, so in almost every episode, the boss makes things better for that one employee, not asking if perhaps his company's shitty wages and benefits might be hard on Every Other Employee!

Charter schools are frequently pitched as charities, and charteristas like that favorite reformster chorus "Well, we saved that one kid from terrible public schools" while steadfastly refusing to talk about the 600 students still in that "terrible public school" or the obligation, as members of the civic body, to help that public school. Because...

I gave at the office. Charity allows you to pretend that you've fulfilled any obligation you had to deal with the issue. Send the check in, then check out. Cash and dash. Drive-by do-gooding.

Charity is not for rich people. Rich folks don't run their fire departments or local government or police departments on charity because they expect those civic services to be by-god there when they want them. Charities at there worst (and there are some mighty fine charities out there) help reinforce the social order-- "You People will get nice things when we say you can get them."

In fact, charitable giving is hardly for rich people any more. They're doing Philanthropy, which these days looks an awful lot like Pay A Group To Push/Adopt Your Policy Ideas, which is not so much Charitable Giving as it is just plain Hiring People To Work For You.

Treating schools for poor kids (because, really, are we talking about any others) as charities let's people glide by the whole idea that they have any kind of obligation to educate all children, including Those Peoples' Children in That Part of Town. It allows a bunch of people to say, "Well, since I've given some support to a miracle school filled with hero teachers, my work is done. And I feel great about it."

When the critical mass of Americans (or at least a critical mass of people in power) decide to commit to doing something, they do it. There were no bake sales for the Apollo program or car washes to support the war in Afghanistan. We just did it, price tag be damned. When I contemplate the XQ telethon, I come back to the same old depressing conclusion-- one of the fundamental reasons we don't solve the problems of public education is that we don't really want to. We just want to pretend we're kind of trying while making sure the business is not too expensive. Please don't tax me for the real amount of equitable public education for all-- but I will drop a couple of dollars in the collection plate, and my friend here will do a nice song and dance. Now we've done our part-- please go away and don't bother us about this for a year or so.